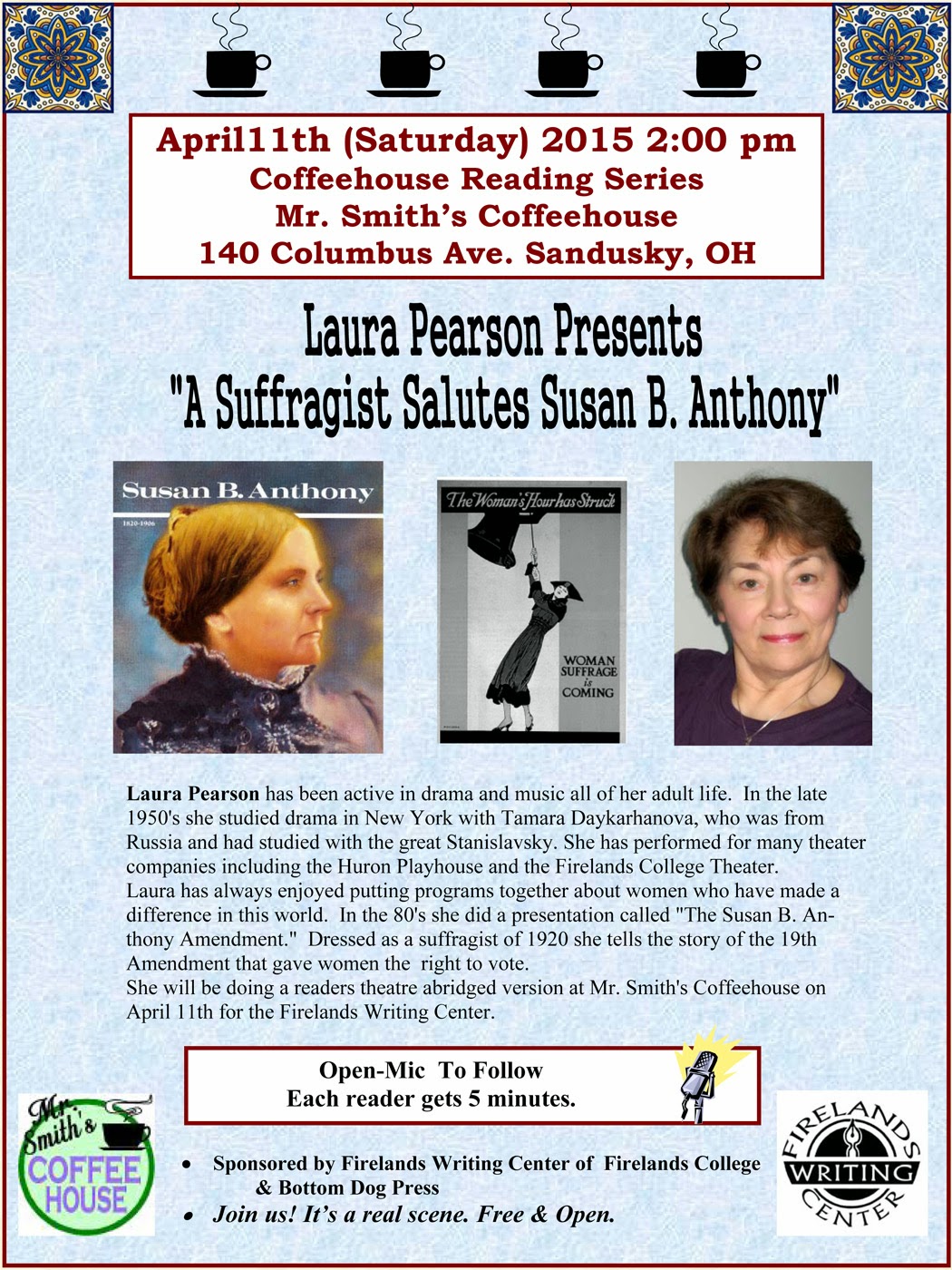 We'll be having a good time in the old place this day.
Raising some issues and opening some doors
on the issue of Women's Rights.
Laura is a pro and a fine performer.
Open-Mic to follow on this day of National Poetry Month

Posted by Spirit Poems at 2:14 PM No comments: 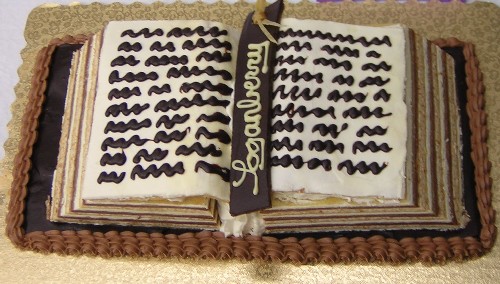 Booklovers, bookbinders, cooks, and craftspeople of all ages are invited to participate.  Actual books displayed with the edible entry are encouraged.  Prizes include Most Literary, Most Appetizing, Best Binding, Best Pun, and of course, Best of Show.  Here’s the time table:
It is free to participate and enjoy the show.  Voting and Eating privileges cost $3 and ensure future festivals.  The International Edible Books Festival started in 2000 and has been gaining popularity each year.  Loganberry Books and Strong Bindery have co-sponsored the Cleveland event since 2004, and give out hand-made miniature book pins to all contest entrants and book awards to contest winners.  Why do we do all this? Because it's a lot of fun.  I hope you’ll join us.

It's all because of Joan Baez...

One of Northern Ohio's most celebrated writers is Bombay-born Thrity Umrigar, who just published her seventh novel, The Story Hour.

So, how did she end up in Ohio, anyway? Thrity Umrigar speaks.


"I was sitting in my living room in Bombay, checking off a list of American universities that offered a M.A. in journalism, when my eyes fell on 'Ohio State University.' There was a Joan Baez record playing on the turntable and right then, her song, Banks of the Ohio, came on. I looked up and thought, 'It's a sign,' and decided to apply there."

It's time to submit to the 2015 Hessler Street Fair Poetry Anthology. If your poem gets chosen for the book, you'll be invited to read it 5/13 at Mac's Backs-Books On Coventry. Immediately after the reading, three winners will be selected. Winners receive cash prizes and the opportunity to read live and on the radio during the Fair itself.  But even if you don't wish to compete, you are welcome to submit to the book.

The rest of the story:


Submit up to 5 original poems to hesslerpoetry@crisischronicles.com. Please include your name, street address, city, state, zip code, and telephone number with your submission. (No snail mail entries, please.) Word docx preferred. Otherwise, in the body of the email is acceptable.

Entry deadline is April 20th, 2015. We will let you know by April 30th if your work is accepted for the anthology. On Wednesday May 13th, 2015 at 7pm, a qualifying round of readings by those whose poems have been selected will be held during the book's release at Mac's Backs Books on Coventry. About 20 minutes after all poets have read, prize winners will be announced and prizes will be handed out.

If you have won in the last three years you can submit to the anthology but will not be eligible to win a prize.

Prize winners are also expected to read on the designated day (May 16th or 17th) during the Hessler Street Fair.

Poetry has always been an integral part of the Hessler Street Fair, sometimes having its own stage on the street and sometimes combining with music on the main stage, but always doing something interesting. The top three winners will be given the opportunity to read from the stage at the Hessler Street Fair, simulcast on live radio and the web, during the Fair. Poetry read on air must not include any words designated to be obscene language as stated by the U.S. Federal Communications Commission.

Once again, all entries should be emailed to hesslerpoetry@crisischronicles.com. Happy writing!

For more about the Hessler Street Fair, established in 1969, please visit hesslerstreetfair.org.
Posted by John B. Burroughs at 5:53 PM 6 comments:

Celebrate Spring with The City!

Celebrate the equinox-- spring is here!

“It is spring again. The earth is like a child that knows poems by heart.” 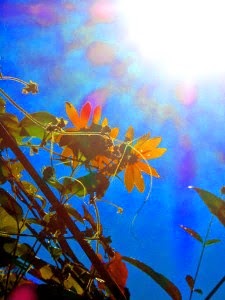 The long march homeward
cannot happen until you
leave, then turn around.

~ Steve Brightman
Posted by Geoffrey A. Landis at 6:45 PM 1 comment:

Cleveland Heights, OH - On Thursday, April 2 at 7:00 p.m., the community is invited to join an evening of conversation with Daniel Levin, associate professor of photographer at Cuyahoga Community College and guest curator of Impermanence, on view at Heights Arts through April 18.  Showcasing the works of 11 Cleveland photographers, Impermanence celebrates Cleveland’s changing urban landscape—from Tremont to the Heights inner ring suburbs—through pairs of photographs showing the same view of a site at different historical times.  Levin and exhibition photographers will discuss “rephotographic survey,” the concept and process behind Impermanence, as well as the stories behind the creation of their images.

In an interesting twist to the standard curator’s talk, Heights Arts also invites regional poets to respond to the works on view as part of the evening. Hear from Cleveland Heights’ incoming Poet Laureate Meredith Holmes, plus poets Bunny Breslin, Diane Kendig, Robert McDonough, Jill Sell and Catherine Wing, who will read original poems created in response to these photographs of our city. A reception is held prior to the talk; all are encouraged to come early and enjoy refreshments while viewing the exhibition.

Posted by John B. Burroughs at 8:43 AM No comments:

Meredith served for one year as the first Cleveland Heights Poet Laureate in 2005 and will serve her second one-year term from 2015 to 2016. Her poems have been published in journals, including, most recently, Flyover Country Review and Literary Mama. Meredith’s poems have also appeared in several anthologies, including Garrison Keillor’s Good Poems for Bad Times; the Kattywompus Press collection While You Were Sleeping I Dreamt a Poem; Awake at the End, published by Heights Arts and Bottom Dog Press; and the upcoming How Higher Education Feels, edited by Dr. Kathleen Quinlan.

For more information about the City of Cleveland Heights Poet Laureate program, visit www.heightsarts.org or call 216-371-3457.
Posted by John B. Burroughs at 6:51 AM No comments:

April is National Poetry Month, and once again the Cuyahoga County Public Library will be celebrating with 30 days of poetry.

Stay tuned for more, or SIGN UP NOW to receive daily email reminders in April!

Why are Squirrels so Dang Poetic?

Wergle Flomp is probably the best-ever contest for funny poetry: multiple cash prizes and no entry fee. (It started out as a contest for awful poetry, but soon enough the winning poems were ones that were so awful that they were artful, and from there it just became a funny poem contest).
Last year, judging assistant Lauren Singer read 4,484 submissions.  From her experience, she had this to say about what doesn't work (from the Winning Writer's Newsletter):

Parodies based on Poe, "The Night Before Christmas," Yeats, and Frost: If you are going to have a "With Apologies To..." poem, it needs to be clever enough to back up the fact that it is based on a famous original. So many of these poets jumped ship somewhere in the middle and did not utilize any clever parodying qualities, and merely wrote poems that were completely separate from the originals. Just stealing the voice of a dead poet does not a good poem make!

Poems that I found particularly arduous to read: Poems about pooping, farting, vomiting, getting fat, having saggy boobs, tricking your husband so that he would stay with you, tricking your wife so that she would leave you, wrinkles, chocolate addiction, unoriginal limericks that began "There once was a man from Nantucket" that ended with "f*** it!", poems that invented their own language without a glossary and just translated as wan gibberish.

Poems that were offensive: Ones that embraced a pro-rape culture (there were more of these than you might think, and it was quite disheartening); poems that described women as objects; poems that led the reader to believe they were about women and then turned into poems about an object (odes to a car, boat, La-Z-Boy, golf club, burger, guitar, etc.); homophobic, sexist, xenophobic, racist poems, of which there were many; poems that mock a lifestyle in attempts to undermine it (making light of stay-at-home moms/dads, that sort of thing); poems that made light of mental illness, addiction, and recovery, in an offensive way as opposed to a self-deprecatingly humorous way.

"I'm getting so old" poems: These were by far the highest number of poems submitted in 2014. These have the ability to be funny, but more often than not there is SO much overlap. "I used to be so attractive, thin, energetic. Now I'm fat, wrinkly, and don't have sex. I can't bend over anymore, I can't sit up without grunting, I can't eat fried foods, I can't enjoy life because I'm over 60." These become tiring and disheartening after a while. There were a few that embraced an original voice and those made the cut, but the vast majority of poems about aging were nearly indistinguishable from each other.

Feeling squirrelly: There were well over a hundred poems solely about squirrels. This is merely a side note, as some of them were quite funny, but out of sheer curiosity, what the hell was it about squirrels this year? What is this obsession? Why are squirrels so dang poetic? Any squirrel poems that ended in a pun about nuts generally didn't make the cut. 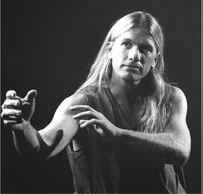 Sponsored by The Firelands Writing Center
& Bottom Dog Press
Posted by Spirit Poems at 8:55 AM No comments: