Nov. 19th: BE In the Company of Russell Atkins

for In the Company of Russell Atkins:  A celebration... 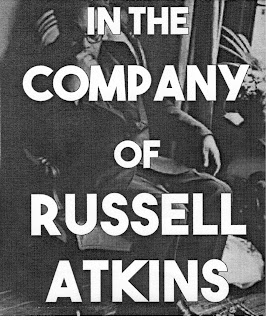 
The poet Robert Creeley often pointed to "the company of poets," how it fuels our life and our work, and certainly those of us who have been fueled by the life and work of Russell Atkins-- which includes his work as poet, editor, composer, teacher, colleague, and friend--will want to be there in person or in spirit to salute him in his 90th year.

The book was the brainchild of two of the "Friends of Atkins," Assami and Shaheed who asked Bob McDonough and myself to edit it. Assisted by Russell himself, we contacted many poets who knew of Russell's work, with a request that they send their thoughts on him and a few of their own poems. Twenty-seven responded, including Russell, who has written a new poem that will be in the book along with others by him. Then, George Bilgere graciously wrote an introduction to the resulting collection, which is being published by Red Giant. It will be available at Mac's Backs in Cleveland Heights and can be ordered by any bookstore and online at Amazon. But don't wait: join us on Saturday and get the first copies there. 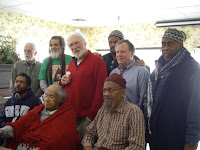 Russell Atkins plans to be there, and there will be time to greet him or meet him, if you never have met him before, to buy and sign books and eat cake in the reception to follow. Long live our company!