Is Poetry Evil? (Plato thought so.) 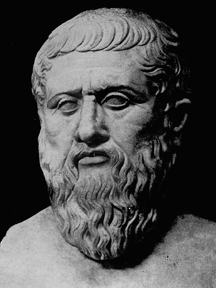 In today's Opinionator column at the New York Times, Alaxander Nehamas reminds us about Plato's arguments that poets should be banished from his ideal society, and suggests that Plato's arguments may still apply to our times.
"Plato knows how captivating and so how influential poetry can be but, unlike us today, he considers its influence catastrophic. To begin with, he accuses it of conflating the authentic and the fake. Its heroes appear genuinely admirable, and so worth emulating, although they are at best flawed and at worst vicious. In addition, characters of that sort are necessary because drama requires conflict — good characters are hardly as engaging as bad ones. Poetry’s subjects are therefore inevitably vulgar and repulsive — sex and violence. Finally, worst of all, by allowing us to enjoy depravity in our imagination, poetry condemns us to a depraved life."
The same reasoning, Nehamas points out, is at the heart of today’s denunciations of mass media.
(Wow-- so, Grand Theft Auto will, in a thousand years time, have the same status that Homer's poetry had in Plato's time? Well, if Nehamas is right, yes. After all, who are we to judge? We're not even dead yet!
Plato's argument was, in brief, that poets make stuff up, and hence is the enemy of truth.
Enemies of truth! Whoa!
Well, now we have talk radio and political bloggers for that. Same thing, I guess.

It's pretty evil when I can't do it.