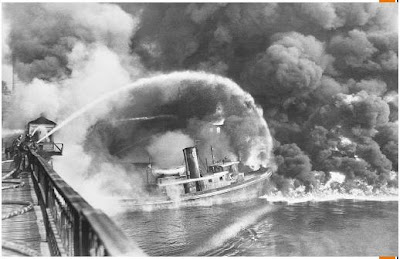 Below is a clip from an article about the current presidential race in which author Sophie Keller analyzes metaphors by used by Sarah Palin.

"I decided to write this article while I was watching the Vice Presidential Debate as it really struck me that Sarah Palin continuously uses war metaphors. "We will fight," she kept saying. "We will attack" etc. Like McCain, she obviously sees life as a battle and every encounter is a competition or a struggle, in which she is either winning or losing.

"Now, we all use metaphors in our every day language and the metaphors that we use will govern whether we see life as exciting or frightening. If, like Sarah Palin, you go through life as if it's a struggle and each day you wake up to 'battle a new day' how stressful do you think that would be on your body?

"If you start to become conscious of the language that you use you will begin to have an idea of what your metaphors for life are. You may think 'Life is like a battle', like Palin obviously does or perhaps it's like an adventure, a garden, a race or a rollercoaster ride."

I was wondering if others have/could come up with any metaphorical observations about life during a political season, specifically about the presidential race, obsurdities, truisms. On the subject of obsurdities, I'd like to suggest that this William Ayers guy is really just the Cuyahoga River with legs. He managed to survive some dangerous times, seems to be flowing peacefully into the sunset, and hasn't caught fire in years.

Anybody else got one? The debate last night must have inspired some.
Posted by sara holbrook at 9:15 AM

Well, for starters, I laughed out loud at Obama's metaphor (after McCain made an inaccurate statement) that the Straight Talk Express just lost a wheel.

War metaphors are ubiquitous in political campaigns, I think; I don't think a candidate could avoid them if they tried. Even the word "campaign" is a war metaphor.

"Mudslinging" is another colorful metaphor. Although I don't think "mud" is the word originally used.

a woman at work today was talking on some neighbors who have a dog named Maverick.