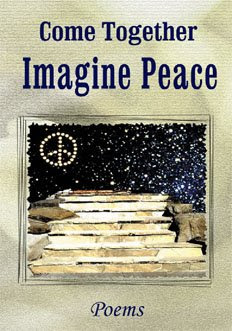 “Come Together: Imagine Peace”
is the title and theme of this new anthology from over 100 poets beginning with Sappho, Walt Whitman, and Emily Dickinson. The collection includes such modern poets as Denise Levertov, William Stafford, Gary Snyder, and Allen Ginsberg, and a broad spectrum of contemporary voices ranging from Carolyn Forché, Jim Daniels, and Jane Hirshfield to Daniel Berrigan, Sam Hamill, and Diane di Prima. Co-editor, Larry Smith, has stated, “This was such a gifted project from the start, to render a poetic tradition of peace poetry and see it manifested in today’s writings.” Smith is the founder and director of Bottom Dog Press and professor emeritus at Bowling Green State University’s Firelands College.

The book’s editors Ann Smith, Larry Smith, and Philip Metres provide the prefaces and introduction to the 208 page collection. Metres’s introduction concludes:
“The work of peace-making, and the work of peace poetry, is at least in part to give voice to those small victories—where no blood was spilled, but lives were changed, justice was won, and peace was forged, achieved, or found. And words bring us there, to the brink of something new. Peace poetry is larger than a moral injunction against war; it is an articulation of the expanse, the horizon where we might come together.”
Metres is an associate professor of English at John Carroll University who authored Behind the Lines: War Resistance Poetry on the American Homefront Since 1941 (University of Iowa 2007).

Come Together: Imagine Peace is the Ohio press’s sixth anthology in their Harmony Series. Others include the award winning O Taste and See: Food Poems; Family Matters: Poems of Our Families; Evensong: Poets on Spirituality; America Zen: A Gathering of Poets, and Working Hard for the Money: America’s Working Poor. Ann Smith explains, “From the thousand poems that were submitted we were able to select and group them into: Poems of Witness and Elegy, Exhortation and Action, Reconciliation, Shared Humanity, Wildness and Home, Ritual and Vigil, Meditation and Prayer. It’s an affirmation of peace and hope.” Ann Smith is professor emeritus in nursing education at the Medical College of Ohio in Toledo, a Clinical Nurse Specialist in Adult Mental Health, and previous co-editor of the Family Matters book.

Publication of this book by is supported in part through a grant from the Ohio Arts Council, and by John Carroll University and Mr. William C. Wright. 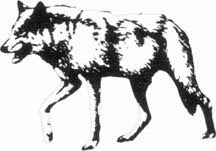 A series of group readings are planned for around the country in Seattle and Bellingham, Washington; Pittsburgh, Pennsylvania, and Washington, D.C. In Ohio initial fall readings include: November 23 at 4 pm at The Thurber House for Writers’ Ink organization in Columbus, and December 7 at 2 pm at Mr. Smith’s Coffeehouse in Sandusky. The book may be purchased at on-line bookstores or by sending $18 to Bottom Dog Press, PO Box 425, Huron, Ohio 44839.
Posted by michael salinger at 8:04 AM