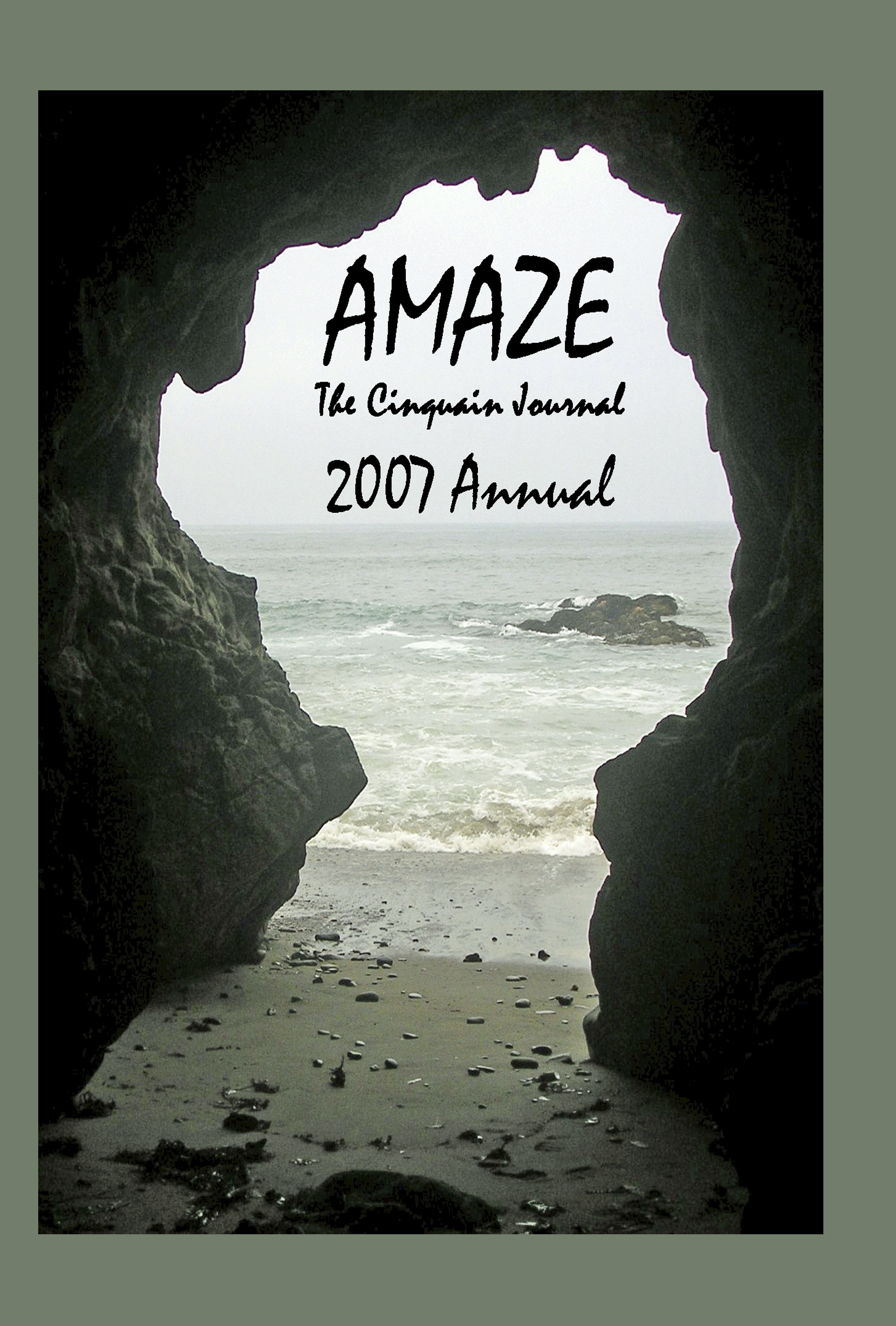 Much has been written
on this blog about haiku, what the definition of haiku is, the importance of haiku, the different interpretations of the form, etc. So much, in fact, that other short forms have been ignored, from the Japanese tanka to the Korean sijo to the oft ignored American cinquain. Adelaide Crapsey, inspired like many Imagists by Japanese poetry, came up with an American form that followed a specific syllable count. Her form, the American cinquain, a 22-syllable form, falls syllabically between a haiku (17) and a tanka (31). A few of Crapsey's cinquains, which were written between 1911 and 1913, are even considered tanka, albiet the more westernized version of the form sans syllabic count.

Ultimately, a cinquain is a five line poem which follows a syllabic count of 2/4/6/8/2. Crapsey herself deviated from the form at times, but for the most part, western poets follow this syllabic count quite strictly. In addition, many cinquains, despite being based on Japanese untitled forms, are titled like other western poems.

Since 2002, Deborah P. Kolodji has been editing Amaze: The Cinquain Journal, an on-line poetry jouranl. For two years, she has been collecting the poems and essays from each year into a large printed publication to help promote the form and the magazine.

This years publication is a great display of the potential of the form. Many poets have been gathered together, all exploring what can be done with such a deceptively simple form.

A few echo the sensibilities of tanka, with two sections juxtaposed and resonating against each other:

Warriors
clash in the sun,
their silver blades flashing--
on the ground, the fallen cherry
blossoms.
--Terra Martin

Others are lighter, even humorous, scenes and funny observations:

When The Sun Goes Down

Trolling
the local bars
she flirts with every man--
it's just another tequila
sunrise.
--John Daleiden

Whistling
a tune, his face
contorts with cheer: the notes
from puckered lips prepared to blow ...
a kiss.
--Mary E. Moore

I watch
the moon; he barks.
I note craters; he digs.
I pack my telescope; he sits
tangled
--Lee A. Spain

Some are poignant metaphors:

Our earth,
frail boat, drifts on
a vast ocean of sky
while we hold tight and try to learn
to row.
--Ross Plovnick

droplets
flow in circles
that blossom on my skin;
I am the moon, trapped in your
orbit
--Trish Shields

Also included are various longer forms based on the cinquain, mirror pieces as well as cinquain crowns and series:

Goddess of Beauty
Tonight
I saw her pluck
a copper coin from clouds
of pink above a purple sea,
drop it
gently
in a slot between two islands.
Trails of silver handprints
were waving dusk
goodbye.
--Susan Constable

Treasure
secured and stowed,
merchant ship smokes and burns --
in the breeze, the skull and crossbones
flutter.
--Paul Ingrassia

Poet Without Borders
(a crown cinquain)

After
the final shot
silence lies within words -
you reach through it, a bloody mute
stillness.

On the
empty pages
of the lost words, you search
finding other tongues, lover tongues -
meanings.

In the
quest for language
we yearn for words of peace,
of love, and dancing, we hold hands,
singing.
--Hortensia Anderson

Also included are essays concerning the cinquain form, including the well researched "The Roots of the American Cinquain" by Judith Ecker Budreau.

This is an excellent collection which shows the potential for this oft ignored and misunderstood form. For any poet interested in short, non-narrative verse (especially those who enjoy counting syllables), this collection makes an important read.
Posted by pottygok at 8:10 PM

Thanks for posting this review! I like the tantalizing and varied selection of cinquains you've chosen to entice the reader to investigate the cinquain form and this superb collection Deborah P. Kolodji has assembled.

While I must acknowledge a slight conflict of interest here, I'd recommend this collection to anyone. The cinquain has become my favorite of the form poems. While cinquains have now been in more publications than I could list here, Amaze is the only journal devoted exclusively to this form. That said, the poetry here transcends the form and makes this book more than worth reading just for the words themselves.

The cinquain form actually embodies a surprising degree of flexibility. Though often compared to haiku and tanka, the cinquain is much freer (not bound by the rules of seasonal references, juxtaposed imagery etc. even though many cinquains do include those elements). The nature of these poems can be narrative, observational, imagistic or whatever the poet's imagination can come up with. Plus, at least for me, the cinquain's use of titles, punctuation and normal English syntax tends to make it a more "writer-friendly" and "reader-friendly" form than haiku.

The only change I would like to see is for Deborah P Kolodji, the editor of Amaze, to include more of her own poems. I understand why some editors are hesitant when it comes to including their own work. However, Kolodji is not only the foremost proponent of the cinquain but is also a very accomplished practitioner of it.

The newest issue just went up:

Everyone should check it out. J. E. Stanley's in it, along with many other solid poets.