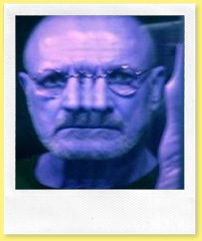 Habitat: Near West Side, Cleveland Ohio – a.k.a. Tremont

Range: Born in the Bitterroot Range of the Rocky Mountains and raised on a 40-acre farm on Paradise Prairie in Washington State, I've been as far west as Hawaii, as far east as Croatia, as far north as lower Canada, as far south as Oaxaca Mexico.

As for poetry: second Thursdays at The Literary Cafe; Second Saturdays at the Brandt Gallery; third Tuesdays at Lix & Kix; Maj Ragains Jawbone and Water Street Gallery readings; assorted free-range open mic venues wherever and whenever.

Prey Has No Name


Posted by michael salinger at 1:42 PM

Yes! I've been meaning to nominate Smith since forever - but I never got around to it (I suck). Glad someone else finally did!

Really pleased to see this. It's about time.

Made some other nominations too.