Most academic poets can be dropped into a few convenient categories. You’ve got your inscrutable scribblers who scratch out “experimental” work of obtuse meanings – political militants lecturing to folks who already agree with them – and the subsection of AWP folks whose very existence seems to be to publish each other’s work.

George Bilgere falls into another category – the dangerously clever. Like Billy Collins, Jeffery McDaniel, Marge Piercy and Ted Kooser, Bilgere’s work is deceptively simple. The accessibility that is so often frowned upon by “serious” poetry instructors invites readers into Georges world of cafes where everyday observations take on archetypal importance. 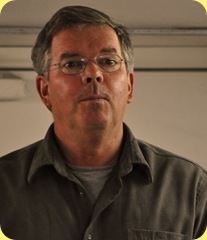 Most of the reading's fodder was plucked from Bilgere’s new collection The White Museum from Pittsburgh's Autumn House Press. George set up his pieces with fairly long introductions. These prologues though, didn’t take away from the works by over explaining but served well as a vehicle of background knowledge that helped the reader enjoy the forthcoming piece. This is a talent that is well appreciated by this listener when it is done well as it was here. 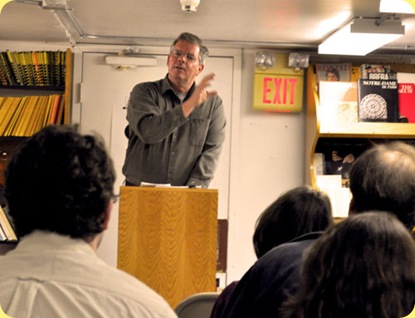 Subject matter ranged from family – a mother who loved crossword puzzles, an aunt who introduced the poet to Europe, a father’s key ring  – amusement parks, laundry chutes, and the ubiquitous appearance of cafes. I think this is where Bilgere is most comfortable and where his work shines – at a small round table with a strong cup of coffee surrounded by well read folks with nothing to prove. 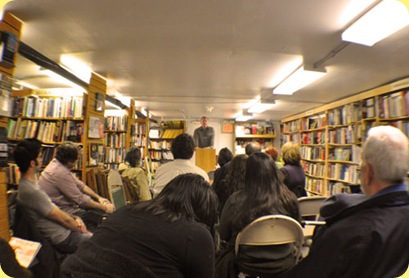 Like the sage fixture of a cafe who has become part of the ambiance, always good for an opinion or good hearted argument over art or baseball - Bilgere’s work (often making appearances on Garrison Keillor’s Writer’s Almanac) satisfies the way some desserts do. At first glance it seems a little small but with each bite one realizes the richness of the icing and the complexity of the flavors combine to leave one surprisingly sated – with a cup of coffee on the side of course. 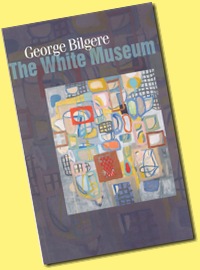 Posted by michael salinger at 10:52 AM

Great review, Michael. Reading was excellent, as is George's new book! The title poem is my favorite. I'm glad Suzanne requested it.

I love the book, enjoyed this review, and regret missing the reading (my car needs a new alternator and my wife needed her vehicle).