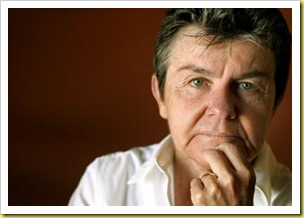 Kay Ryan will speak at Cleveland Public Library as part of the Writers and Readers author series on Sunday, April 18, at 2:00 p.m. in the Louis Stokes Wing Auditorium, East Sixth and Superior Avenue.

Kay Ryan is the 16th Poet Laureate Consultant in Poetry appointed by the Library of Congress and just the fourth woman to hold that position. Appointed by Librarian of Congress James H. Billington in July, 2008, she succeeds a long line of distinguished poets including Charles Simic, Donald Hall, Rita Dove, Robert Pinsky, Louise Gluck, and Ted Kooser.

The author of several books of poems, Kay Ryan has won the 2004 Ruth Lilly Poetry Prize from The Poetry Foundation, a National Endowment for the Arts and a Guggenheim Fellowship, and the Union League Poetry Prize, as well as four Pushcart Prizes. Her poems have appeared in all the major literary magazines including The New Yorker, The Atlantic, Poetry, and The Paris Review. Several of them been selected for the annual editions of the Best American Poetry and have been anthologized in collections around the world.

Poet J.D. McClatchy noted that her “poems are compact, exhilarating,  strange affairs, like Erik Satie miniatures or Joseph Cornell boxes.” He also said that her work is “as intense and elliptical as Dickinson, as buoyant and rueful as Frost.”

Kay Ryan has been a Chancellor of the Academy of American Poets since 2006 and has taught at the College of Marin in Kentfield, California, for more than 30 years.

All programs are FREE and open to the public. The doors of the library open at 1:00 p.m. For more information, please call (216) 623-2955 or visit Writers and Readers at www.cpl.org
Posted by michael salinger at 1:51 PM

I am woefully ignorant of the Kay Ryan's work, but super excited she's coming to Cleveland. Hope this isn't an April Fool's joke.... ;)

No April Fool's joke -- The Poet Laureate of the United States is coming to our library on April 18, 2pm. Doors open at 1:00 p.m. - corner of East 6th and Superior. See you then! http://writersandreaders.cpl.org/