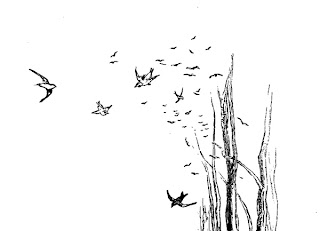 The Poetry of War

When it comes to proving points and making cases, fiction’s day is done


Mexicans, despite their reputation in Latin America for ultrapoliteness and formality, curse like sailors, a recent survey found. They use profanity when speaking with their friends, with their co-workers, with their spouses and even with their bosses and parents. On Independence Day, the thing to shout above all else is “Viva Mexico, Cabrones!” a patriotic exhortation directed at either bastards or buddies, depending on the tone employed.


Imagine the technology of today with the aesthetic of Victorian science. From redesigned practical items to fantastical contraptions, this exhibition, curated by Art Donovan, showcases the work of eighteen Steampunk artists from across the globe.


Everything I have I carry with me.

Or: everything that's mine I carry on me.

I carried everything I had. It wasn't actually mine. It was either intended for a different purpose or somebody else's. The pigskin suitcase was a gramophone box. The jacket was from my father. The town coat with the velvet neckband from my grandfather. The breeches from my Uncle Edwin. The leather puttees from our neighbor, Herr Carp. The green gloves from my Auntie Fini. Only the claret silk scarf and the toilet bag were mine, gifts from recent Christmases....

Wherever to go and whatever from
can always
be said for certain: because it's Sunday
and three cars in front of the house
hour after hour
Marx Engels Lenin Stalin in the back seat
ad usum delphini

They've come straight from Utopia
Headquarters in Berlin-Lichtenberg
smoking and reading the paper and
waiting for objections
coming from my poor and hesitant words
newly hatched migrants
trailblazers
heading to a place where "talk of trees"
does not involve silence
where no one's going to
shut you up...

Günter Kunert
Posted by JJ Stickney at 10:02 AM

Thank you for this.