I thought maybe if we had a spot outside of the Clevelandpoetics list serve to have an opportunity to expound in more detail - provide an outlet for varied opinion that was a bit more user friendly than a list that went unfiltered to 500 plus folks. A place where conversation could be uncensored but not intrusive, a place where feathers could be ruffled respectfully without becoming mean spirited; I intended to merely set up the site and let it run – much in the same way as the Clevelandpoetics list serve is really no one person’s - that was the intent for this blog. To get the ball rolling then get out of the way.

I think we almost achieved that – at least we raised some hackles and had a little fun too. I had more than one request to remove a posting or a poll but I felt if the author was willing to put it up I would honor my oxymoronic promise of hands off moderation. I later learned this policy ended up costing me in the end but I still believe it was the right course.

Even so, unfortunately in this day and age of social networking and oversaturation of info it is really hard to keep the ideas coming. One can only ask so much of a volunteer staff. I thought maybe there was a need for this blog in fact I still do think it is a good idea, we just didn’t hit the right note this time out.

I don’t consider this throwing in the towel – more like stepping back and reevaluating what to try next. Thanks to all who have written and commented here – all have gone above and beyond the call of duty.

Nothing is going to change over at the list serve and we’ll keep the doors open here for another week or so.

Words Are Words Attitudes Is Everything: Down With, Not Up In Arms

In our city there is a tired, if well fueled debate that has been going on the last year, at least, among poets.

At the face of it, the debate is on haiku: What is a real haiku? There are folks who get up in arms because they think they know the answer. To these, haiku are sacred. Not for the layman to toy with. Then there are folks who respond by saying the "problem", the question, is artifice. They want to enjoy in their own fashion clever, sweet, sad or funny short, three-lined poems. And they don’t mind if it is in theory, haiku or not.

At the true core, there are folks who really sucker on to the idea that there is some deep rift: academic vrsus…well they don’t say vrsus what.
It is the minority which sees the rift.

I don’t think it is anti-academic to sidle up with folks who accept a book of dog haiku or baseball haiku for what they are, clever mindshifts. Witty escapism. Something to read and muse on. Something fans of baseball and dogs can sink their teeth into without having to work. In short, diversion.

Short poems that fit on a post-it note can pack a whallop. They can be startling or funny or drive home some point. Whether they are haiku may be worth investigation, but there is even the problem of whether haiku can be written in English. There are Japanese syllables, and then there are English syllables, and they are dissimilar. Attitudes in the West and East are dissimilar. Seasons are, and traditions are. Some say there is no such thing as an English-written haiku. Others accept that despite the differences and gaps, there exist trusty enough guidelines, guidelines that are generally enough agreed upon in aged tomes, and which ought be obeyed. Yea, even revered.
It would really take a serious investment to attempt any true investigation.
So much so, that some believe it can only ever be opinion.


To constantly bring up the paranoid delusion that to enjoy a layman’s haiku is to loathe the academy is to bring to light one’s insecurity. Perhaps the bringers up of such subconsciously suffer, on account of their education. For example, a piano teacher I had told me he was unable to compose music anymore, having been a student and later a professor at a prestigious music academy. The man could play—world class improvisation. He knew his instrument and nuance. Soulful, driven and witty, he was able to converse with other instruments and move a song to new places, only to bring it back to its core and breath. But he could not sit with a pencil and compose. Everything he learned and taught about composition would muddy his waters—all of the rules and guidelines and standards wld interrupt his course of thought. He was paralyzed by his great knowledge of theory.

I think its possible that these pointing fingers (of some fundamentalist individuals) suggesting that another’s blasé attitude (on what is or is not a haiku) must stem from “hatred of the academy” are wholly fear-based.

Gut-writing delivers a succinct impact. What the gut delivers may be emotional, clever or, it may birth what is carefree. It can be in jest, an intellectual game, or a welcome distraction from the deadly serious rat race. It can be a culmination of various colors, sounds and syllables that (in congress) pack a whallop. Such poems can indeed be like instrumental songs--they create a tone. And only a tone. Some people can’t do this. They can't be carefree.

But, let’s take it out of the academy. Nobody has charged the academy with a crime. (Well, there was name-calling, i.e. "Jazz Police"!) The only actual charges made have been against the blasé, or open-minded, carefree individuals who Take In in a stride, and are down with what pleases, not up in ARMS.
Posted by Pressin On at 10:31 AM 8 comments: 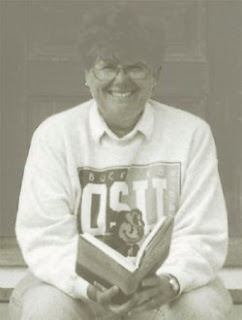 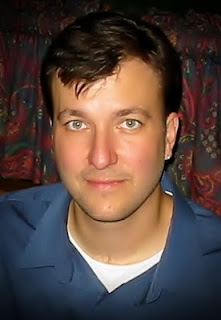 Friday 6 pm at Mac's Backs Books...Fiction writers Jeff Vande Zande (Delta College, Michigan) and Jeanne Bryner (Newton Falls, OH) will read from their working-class fiction. Jeff's latest book is his novel Landscape with Fragmented Figures, and Jeanne's latest book of fiction is Eclipse...with many stories set in Appalachia and Northeast Ohio. Both books are from Bottom Dog Press. Join us for a rousing hour of fiction.
Posted by Spirit Poems at 9:43 AM No comments:

Book Review: was chicken trax amid sparrows tread by bree

As poets, it's important to remember that what we do is primarily music. Way back when we were strumming lyres, that which was poetry was that which was song. Bree knows this, as evidenced in her book was chicken trax amid sparrows tread. While it may not be sauntered iambs or rushed and tumbled trochees, bree has captured on the page an oracular musicality that, when it's on, works.

This is not to write that every poem in this book works. Some are a bit personal, a bit silly, or a bit too much observation for me. "The Selected Meanings of Charge," for example, plays out more like a verbal exercise than a poem. Politics are hinted at, but not to the depth of a piece like "If We Are All In This Together," which contains lines like

"if we're in this together, then we too fought with
our friend on lines where war is like pudding,
softening wax paper as it cools either side,
also like lava, thick and red hot as friendship."

This book is three sections: the first, poems; the second, a poetic memoir; and the third, poetry correlating with the memoir. The poetry of the first part is rough going. Some of the pieces work, some don't. The memoir, however, really grounds the book. Bree takes her reader on a dual journey through a bout with the realities of modern medical practices as well as through an honest childhood. Neither road is idealized, nor is it demonized, the the reader is left with a bracing breath of reality. Parts of the story are funny, parts are sad, many are direct and uncomfortable, yanking the reader out of their day-to-day affairs and deep into the personal life of the author. All the while, Bree keeps up her musicality. The story reads well, and I can only imagine what it would sound like aloud. The rhythm of the speech patterns comes through steady and rollicking, and the tale never drops or lets the reader off.

The accompanying poems in the third section work well with the tale, often forcing the reader to return to the story and reread sections in rememberance. Something like "Bacteria and the Moon," works well on its own, but really echoes parts of the story:

Bacteria grows best when left alone
with no breath
in a dark, closed home.

The moon wants not a container,
but a vast darkness.

Vastness of soul,
vastness of breath,
light and dark become one.

The monk breathes to find his peace.

Then he can watch the moon more thankfully.

Bacteria may know much about peace,
but can't share any with monk
or with moon
for he lives all alone in a closed off room.

The monk feels lucky,
for if he ever loses peace
he has only to breathe vastly,
or look to the moon.

Knowing, post-story, that the bacteria was growing in her sinus and causing migraines really adds to Bree's poem, and causes the reader to circle between the two, layering the two over and over in their mind.

Bree's poems can be rough around the edges, both in terms of content and syntax. Anyone seeking perfect grammar or poignancy at every step should probably not stop here. At times she is coy, silly, even secretive. However, absolute understanding is not the point of this book. What Bree does is captures the rhythms of speech and music, and fuses them into a language all her own. Many of the poems in this book simply pour over the reader, repeatedly drenching them in their song until the reader is breathless, all but drowned.
Posted by pottygok at 10:16 AM 6 comments: