Bruce Weigl is a Pulitzer Prize finalist for poetry

Lorain poet Bruce Weigl is a Pulitzer Prize finalist for his book The Abundance of Nothing.

The book of cats: "On Velvet Feet"

Our cat
sprawls on the rug
like ink scrawled on parchment
composing a poem I'm too human to read.
--Joshua Gage

There's just something about poets and cats.
Sure, there are the odd poets that love their dogs (and write about them), but from ol' possum Tommy Eliot through to Marge Piercy and on, there's been something about the mystique of the feline--simultaneously a purring ball of fur sleeping in a patch of sunshine, and a sleek and efficient predator hunting in the night shadows--that brings out the poet.
Well, for cat lovers, Poet's Haven has just published a mini-book of cat poems, featuring a number of Cleveland poets: check out "On Velvet Feet" edited by Vertigo X. Xavier (part of the "Poet's Haven Digest" series).
OK, in the spirit of full disclosure, I have to admit that yes, I have a handful of haiku here. Still, this is a great little book, small in size, but well worth the minor price of $6.00-- go buy copies for all your poetry-loving and cat-loving friends!


Thick-whiskered Buddha,
rolling belly of the world,
your mantra is purr.
--"Cat on a Zafu"
Melissa Studdard

Azriel, over at the Writing Knights roundtable blog, comments on the difference in feel between what he calls "academic" poetry, versus "slam" poetry, versus a third category, "underground" poetry-- and then is challenged to define what he means by the categories.

Ah, I love categorizing things. It's a game you can just keep on playing.

Of these, slam poetry is the easiest one to nail down-- it's the poetry you get in a poetry slam.  A slam poem isn't really about the poem in itself-- it's all about the performance.  And, more to the point: a slam poem has to get its reaction immediately. It's not one where, hours later, you wake up in the middle of the night realizing you can't stop thinking about that one image, or working through some train of thought the poem had kicked off.  A slam poem kicks you in the gut fast.

"Academic" poems (I think he means what I would call "page" poems-- poems that are meant to be read on the page, not necessarily performed), can work slow.  They can layer on imagery, can take multiple readings.  Many page poems, of course, read very well-- the rhythm and poetry of language can work in readings as well as on the page.

"Underground" poems, I guess, are the ones that don't fit either category-- the true underground poems are edgy, want to make you think or react or feel, want to break rules just for the sake of getting a rise.

Which, I suppose is as good a segue as any to mention that the Lake Effect poetry team, Cleveland's own slam performers, will be doing their Lake Effect Poetry 2013 GRAND SLAM, the final competition to see who will comprise Cleveland's National Poetry Slam team this year, on Saturday, May 11th at 7:00 PM at 4700 Prospect Ave, Cleveland, OH 44103. There will be a $5 entry fee at the door to attend the Grand Slam. Half of the money collected at the door will go towards getting our team to NPS, the other half will go to the AIDS Taskforce of Greater Cleveland.

You want to see slam-- here's the place to find it!

Kathleen Rooney, in the New York Times Magazine, says that modern poetry-- the kind her students like, anyway--is like Jack Handey's "Deep Thoughts":
"And Now, Deep Thoughts About ‘Deep Thoughts’"

Starting out poets versus "wow" poets: what's the difference?

The Found Poetry Review blog "from the editor's desk" has a nice chart showing the difference between "starting out" poet, an "on my way" poet, and"wow."

"Found" poetry, experimental poetry, traditional poetry-- this is a good summary of what editors (and readers!) want. 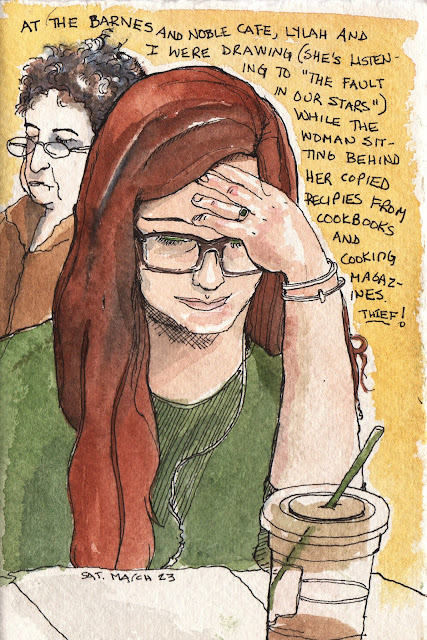 Posted by Geoffrey A. Landis at 7:30 PM No comments:

2013 Poetry at the Hessler Street Fair

Poetry has always been an integral part of the Hessler Street Fair, sometimes having its own stage on the street and sometimes combining with music on the main stage, but always doing something new. This year we continue to provide space for local poets to speak. Check back for the schedule of events.
The Top Three winners will be given the opportunity to read from the stage at the Hessler Street Fair, simulcast on live radio and the web, during the Fair. Poetry read on air must not include any words designated to be obscene language as stated by the U.S. Federal Communications Commission.
U.S. Mail (no hand delivery please):
Poetry Contest
2011 Hessler Street Fair Committee
11326 Hessler Road, Cleveland OH 44106
hesslerstreetpoetry@gmail.com