Over on the Deep Cleveland Poetry Hour facebook page, Josh Gage announced that the reading series is suspended indefinitely.  It had been one of the longer-running monthly poetry readings in the area.  It had been slowly dwindling in attendance-- actually, in my opinion, it never was quite the same after Border's bookstore went out of business and the reading had to move, over to the Mugshotz coffee house, and it never really recovered its attendance.
The event was founded by Mark Kuhar at the turn of the millennium, back in 2001, but for most of the last decade was hosted by Joshua Gage, who kept it running rain or shine, over good years and bad.
For years, this had been my "home" reading; the one reading that I attended almost every month, if I could, although sometimes other events got in my way.  Apparently there was a reading with an attendance of only one audience member (that was one I missed), and then the next time the coffeeshop was locked-- there wasn't enough business to keep the venue open late for the reading.
This is the end of an era, I guess.  Or maybe just a breathing space.
The area is rich in poetry readings, though. John Burroughs just updated the poetry calendar (which you can find at the top of the page here) and I count 41 events coming up over the 30 days of August.  Not all of these are readings, of course.  Still, that's over one event a day.


I wish I had a solution to the problem of attendance at poetry events, but I don't. On the one hand, the Cleveland & north Ohio area is amazingly fortunately with a huge selection of live poetry events, on the average one every day, sometimes more. On the other hand, that does have its down side as well as its good side-- can't attend them all; can't attend even a small percentage of them.The people running local poetry events here are amazing people, putting in long hours and many miles with, for the most part, only the occasional "Thanks! Good show!" as recompense. I do want to see people at the events.

There have been some excellent readings at Deep Cleveland-- one time or another, all the great poets of the area have featured.  So, thanks for the good times.

Now We Are Six

Michael Salinger set up the blog and made the first post, "Welcome to Clevelandpoetics – the blog!" on Thursday, July 17, 2008, followed in quick order by posts from Joshua Gage, Sara Holbrook, Bree, Larry Smith, Steve Ferguson, and Mark S. Kuhar.

Happy birthday, Clevelandpoetics.
Posted by Geoffrey A. Landis at 11:55 PM No comments:

Cleveland Premiere of Poetry is an Island at Karamu House 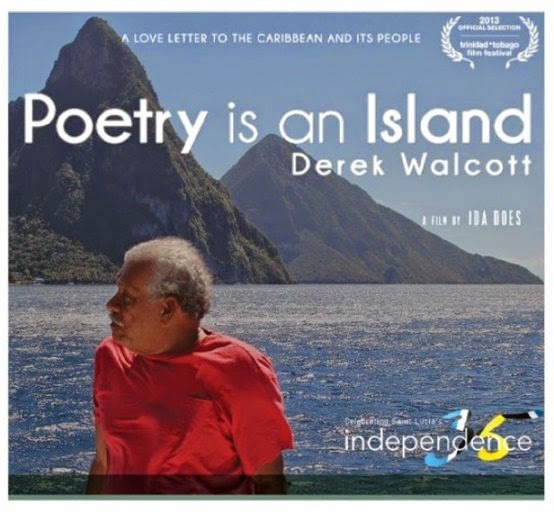 Please join us for the Cleveland premiere of Poetry is an Island,
a new feature documentary about the life and work of St. Lucian
Nobel Laureate poet, playwright and painter Derek Walcott at
Karamu House on Sunday, August 17th, from 2 to 5 pm. It's
a celebration of the importance of the arts in everyone's life.
The program will include live St. Lucian Steelpan music, a reading
from the Derek Walcott play Dream on Monkey Island, images
of Derek Walcott's and his son Peter Walcott's paintings and an
80 minute feature documentary about Derek Walcott's life
followed by a live Skype Q&A interview with the director of the film,
Ms. Ida Does, from The Netherlands.
Tickets at the door ($12).
We hope to see you there.

Sponsored by the the Anisfield-Wolf Book Awards,
presented by the
Cleveland Foundation

Sponsored by the the Anisfield-Wolf Book Awards, presented by the
Cleveland Foundation
More about the film:
"Derek Walcott, Poetry is an island, is a feature documentary film about
Nobel laureate, poet, playwright, and visual artist, Derek Alton Walcott
(1930). The film depicts an intimate portrait of Walcott, as we visit his art
studio, his childhood home, and his current residence in St. Lucia. It also
includes exclusive archive material from the Nobel Prize Festivities in 1992.
Finally, and perhaps most importantly, this film is about Walcott’s poetry.
Derek Walcott grew up in St. Lucia–Castries–in a small family. His father
died when he was very young, and so, Derek, his twin brother Roderick,
and their sister Pamela, were raised by their single mother. Walcott is of
African, English and Dutch descent. He grew up in an artistic ambiance,
his father being a painter and writer, and his mother–a teacher–encouraging
him from early on to write poetry.
In Poetry is an island  we share Caribbean moments with Walcott as we
visit some of his favorite places, his studio, and St. Lucia home. We travel
through St. Lucia and encounter childhood friends whose ‘lives became
poetry’ through Walcott’s work. We discover the anger and frustration that
the poet holds against the downtime of the arts as he talks to us about the
meaning of poetry to him personally, and about the significance of art for
humanity. Family members reveal some of the poet’s life challenges, and
people who have worked with him speak frankly about their experiences
with Walcott. Poetry is an island is an intimate portrait of the man, the poet,
and son of the Caribbean: Derek Walcott."

Posted by John B. Burroughs at 7:30 AM No comments:

Eye to the Telescope 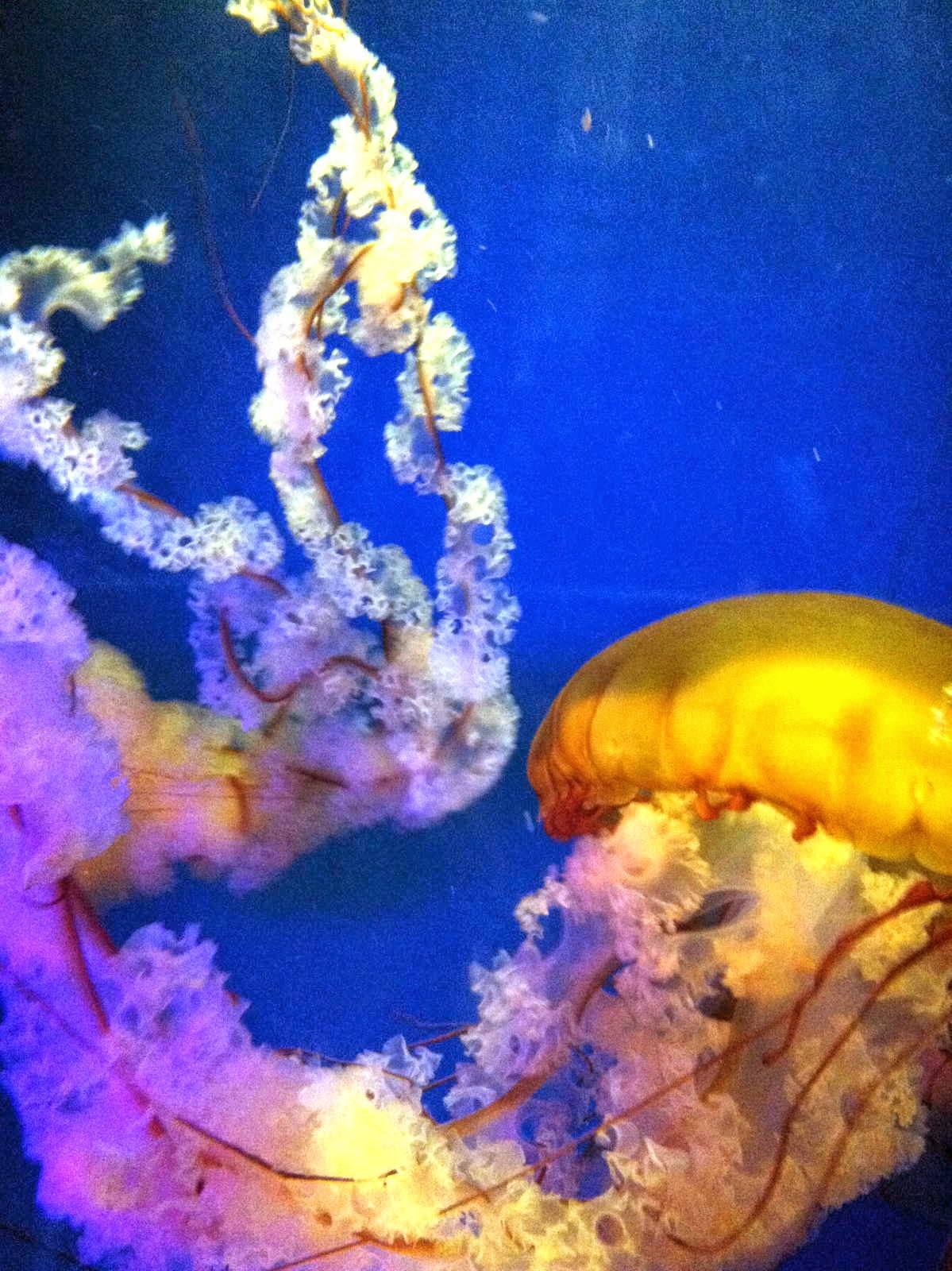 We've talked here before about the poetry of science:
Just recently, I was the guest editor of the Science Fiction Poetry Association's poetry web-zine Eye to the Telescope for a theme issue on science poetry, which went live today.  If science is your passion, or if you just want to see whether science and poetry can mix, check it out.

The Forward Prize for best poetry collection-- one of Britain's most prestigious poetry prizes--wasn’t given out this year, and the judge, Jeremy Paxman, made some comments somewhat disparaging of current poets, and suggesting that they are failing the reading public. “It seems to me very often that poets now seem to be talking to other poets, and that is not talking to people as a whole.”

Over at the Daily Beast, Mandy Kahn takes him on. Are poets failing the audience?  Are the audiences failing the poets?  And, further, do poets have a responsibility to judge marketplace, or is a poet's job only "to find their own voice and to speak their truth"?


If this is a person’s project, he will know it. Each poet needs only learn to hear his own voice, and hone it, and present it. The thing that feels universal—that hits a popular chord—may be the sort of work that Paxman likely imagines it would be, the voice of a Yeats, ringing with music, one that feels solid and sure and wise—but perhaps for this generation, a generation of people whose lives are disjointed, often distracted, spent largely on screens, that voice will be something else: something broken, maybe, something quiet and disjointed.


The bigger question is—or could have been—how do we keep morale up among those whose job it is to make something for a marketplace that seems not to exist? But that hasn’t proven to be a problem. Writing poetry is so necessary to some people—and I count myself among them—that they need perceive no water in the pool before diving in. You dive knowing the pool may never fill, or may, while you’re in the air.

Posted by Geoffrey A. Landis at 5:36 PM No comments:

Posted by Geoffrey A. Landis at 6:58 AM No comments:

One thing about the new era of poetry 'zines published electronically is the full-color art.  Now, a great poem is a beautiful thing even typeset in black and white, but we are living in an era when 'zines are not merely text, but works of art, with images and poetry woven together.

I was thinking about this because a couple of 'zines I follow recently came out with new issues.

Preeminent among local 'zines with poetry and art has to be Lady Smith's The City Poetry.  The summer issue, as usual, is gorgeous, with poetry (and art) by the Cleveland poets we're all familiar with.

In the way of fantastical poetry, Goblin Fruit's Spring Issue recently came out.  Over the years Amal & Caitlyn have featured several northeastern Ohio poets; this issue has a poem by Mary Turzillo.

And, the summer 2014 issue of Astropoetica just came out, with the art and poetry of the stars.  Two of my poems reprinted here, but still, a bittersweet issue, since Emily Gaskin, the editor, says that it will be the final issue.  For ten years Astropoetica has been the premier showcase for stellar poetry, and I'll be sad to see it conclude its run.

These are some of my favorites.  If you have your own favorite 'zines blending art and poetry, list them in the comments.
Posted by Geoffrey A. Landis at 10:00 PM 2 comments: