A lot of my students, when asked whether or not poetry is necessary, respond with the idea that it is, if only for entertainment value. When prompted to go further, they argue that song lyrics are a form of poetry, and that music is entertainment. The discussion moves from there, and usually I prompt them to come to class armed with lyrics they feel are poetry. Inevitably, the ones that seem to be most poetic--rich in rhythm, metaphor, lyricism, etc.--are those of rap songs, often underground rap songs. Pop songs tend to be trite, at best, and despite lectures on imagery vs. abstraction, students defend them with thoughts like "well, you have to understand what she means. It's like interpretation."

That being said, to slam all pop lyrics as trite and unpoetic would be unfair. For example, Paul Simon greens me with envy every time I hear the opening line of "Graceland":

"The Mississippi Delta was shining like a national guitar"

which he later follows up with "My traveling companions are ghosts in empty pockets."

These two lines, in a song concerning a pilgrimage to Elvis's home and a search for community and redemption, are poignant.


or what about R.E.M.'s tribute to Kurt Cobain, "Let Me In," which begins:

"All those stars slip down like butter/and promises to keep."

The double vehicle of that simile, surreal and heartbroken at the same time, is another jealous moment for me as a writer. Also, the allusion to Patti Smith should not go unmentioned, either.

So, what are some other really excellent metaphors or similes (not just brilliant imagery) from pop music (not rap...that should probably be a different post topic) and why do you feel that they are particularly poignant. How do the vehicles of these figures illuminate the tenor in some way, or establish a particular tone that works even with out being sung or with musical accompaniment?
Posted by pottygok at 8:08 PM 6 comments:

Email ThisBlogThis!Share to TwitterShare to FacebookShare to Pinterest
Labels: metaphors 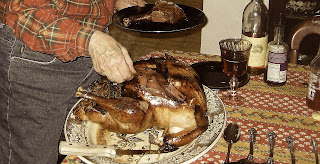 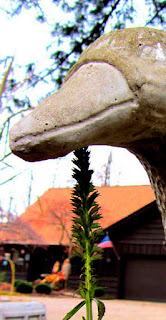 Know any high-school age poets? This from the Kenyon Review:
The Patricia Grodd Poetry Prize for Young Writers
The eighth annual Patricia Grodd Poetry Prize for Young Writers will begin accepting entries in November. The prize, which is open to high school sophomores and juniors throughout the world, is juried by David Baker, KR‘s poetry editor.
Nearly 600 entries were received last year, with the winner, Natalie Landers of Tarrant, Alabama, receiving a full scholarship to KR’s popular Young Writers summer workshop. The top two runners-up received partial scholarships to attend the summer workshop, and all three poets were published in the Fall 2011 issue of The Kenyon Review.
Students are invited to submit one poem via an online submission system. Visit KR’s Web site for a link to the contest submission page at that time. The contest will close on November 30.
High school teachers are encouraged to pass along this information to sophomores and juniors.
Posted by Geoffrey A. Landis at 5:30 PM No comments:

According to this article, we as poets are raking it in, at almost $4,000 above average. So, the question is, how many of you are making money--like big money--off your poetry. If you are, what secrets do you have to impart. If you're not, why do you think that is?
Posted by pottygok at 5:30 PM 5 comments:

The First Friday poetry event in Canton is always fun, but this coming Friday it's going all out.

The Poetry Spectacular will be happening all over the Arts District at Canton First Friday's Noteworthy November, happening November 4th. Here's a line-up for the multiple poetic performances throughout the evening:
And it's all embedded in the monthly Canton First-Friday art's festival, which will be going on all around. Visit http://cantonfirstfriday.com for a printable map and complete schedule of November's First Friday performances and events.
Check out their Facebook event page.
(No poetry slam at First Friday this month; but the First Friday Poetry Slam will resume in December with featured poet Zach Ashley.) And, this is all made possible thanks to Arts in Stark!
Posted by Geoffrey A. Landis at 7:30 AM 4 comments: