Monday at Mahall's schedule for the last third of 2014

For the past few years, the Monday at Mahall's Poetry & Prose series has featured some of the best literary talent from northeast Ohio and across the nation - along with one of our area's best open mics.  The trend continues with these four fabulous upcoming events:

John Burroughs will be your emcee for these four events.  Stay tuned for more great lit performances - and more than a few fab surprises - in 2015.  Here's just one: Ray McNiece will be our special guest host in February, April, June and September.  Please join us the first Monday of every month at Mahall's 20 Lanes, 13200 Madison Avenue in Lakewood, Ohio.
Posted by John B. Burroughs at 4:04 PM 2 comments:

John Swain of Louisville, Kentucky, is the author of several acclaimed books including Rain and Gravestones (2013, Crisis Chronicles), White Vases (2012, Crisis Chronicles) and Prominences (2011, Flutter Press). His latest, Ring the Sycamore Sky, is forthcoming in the summer of 2014 from Red Paint Hill Publishing.

Steven B. Smith was born, is living, will die. He's been a poet 50 years, artist 49 years, the publisher of ArtCrimes, editor of AgentOfChaos.com, he blogs on WalkingThinIce.com, and sings at ReverbNation.com/MutantSmith. Smith & Lady published his bio Stations of the Lost & Found, a True Tale of Armed Robbery, Stolen Cars, Outsider Art, Mutant Poetry, Underground Publishing, Robbing the Cradle, and Leaving the Country in 2012 via The City Poetry Press.

Lady, a.k.a. Kathy Ireland Smith, is a poet, publisher, artist and surreal photographer from northeast Ohio. She and her husband Smith spent 31 months of traveling in 10 countries on 3 continents from 2006-9, and you can follow their ongoing adventures at WalkingThinIce.com. Kathy is also founder and editor of The City Poetry (thecitypoetry.com), a cutting edge art and poetry zine based in Cleveland.

Shelley Chernin is a freelance researcher, writer and editor of legal reference books and a ukulele enthusiast. Her poems have appeared in places like Great Lakes Review, Scrivener Creative Review, Rhapsoidia, Durable Goods, Big Bridge, and the Heights Observer. She was awarded 2nd Place in the 2011 Hessler Street Fair Poetry Contest.  Her chapbook, The Vigil, was published in 2012 by Crisis Chronicles.

John Burroughs is the founding editor of Crisis Chronicles Press and hosts the Monday at Mahall’s Poetry and Prose Series in Lakewood, Ohio.  He is the author of It Takes More Than Chance to Make Change (2013, The Poet’s Haven), The Eater of the Absurd (2012, NightBallet Press), Barry Merry Baloney (2012, Spare Change Press), Water Works (2012, recycled karma press), Electric Company (2011, Writing Knights) and more.
Posted by John B. Burroughs at 8:14 AM 1 comment:

--there's a poem in every one of these images
Posted by Geoffrey A. Landis at 7:38 PM No comments: 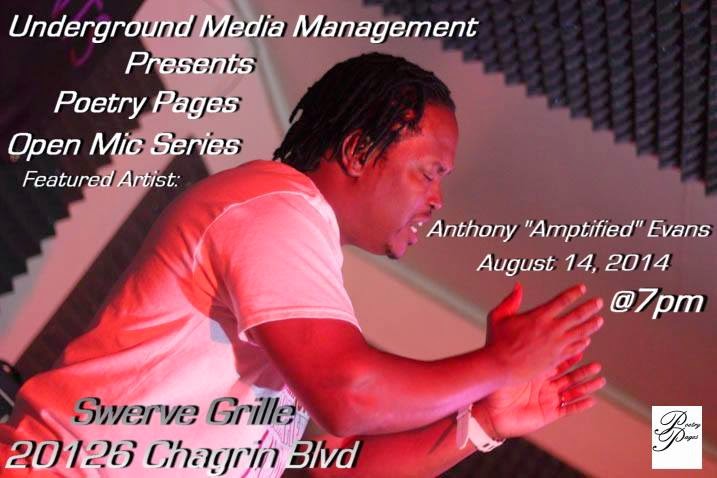 The Poetry Pages Open Mic Series happens the second Thursday of each month at Swerve Grille, 20126 Chagrin Blvd. in Shaker Heights.  For updates, please join the Poetry Pages group on Facebook.
Posted by John B. Burroughs at 12:25 PM No comments: