These be
three silent things:
the falling snow...  the hour
before the dawn... the mouth of one
just dead.

what is a cinquain?

with a nod of thanks to Adelaide Crapsey

The Massachusetts Review just announced the Phil Metres, writing professor at John Caroll, won their Anne Halley Poetry Prize. Congrats to Phil!
From the Massachusetts Review:
PHILIP METRES AWARDED THE MASSACHUSETTS REVIEW’S 8TH ANNUAL ANNE HALLEY POETRY PRIZE
Date: Wed, 03/14/2012
The editors of the Massachusetts Review are proud to announce that the winner of this year’s Anne Halley Poetry Prize is Philip Metres for his poem “Home/Front,” published in the journal’s Casualty Issue.
Philip Metres grew up in the suburbs of Chicago. He graduated from Holy Cross College in 1992, and spent the following year in Russia on a Thomas J. Watson Fellowship, pursuing an independent project called "Contemporary Russian Poetry and Its Response to Historical Change." Metres went to Indiana University, where he received a Ph.D. in English and an M.F.A. in Creative Writing, both in 2001. Since then, his writing has appeared in numerous journals and anthologies, including Best American Poetry. He is the author of a number of books, including To See the Earth (Cleveland State 2008), Behind the Lines: War Resistance Poetry on the American Homefront since 1941 (University of Iowa Press, 2007), Instants (a chapbook, Ugly Duckling Presse, 2006), Primer for Non-Native Speakers (a chapbook, Kent State 2004), Catalogue of Comedic Novelties: Selected Poems of Lev Rubinstein (Ugly Duckling 2004), and A Kindred Orphanhood: Selected Poems of Sergey Gandlevsky (Zephyr 2003). He has received fellowships from Thomas J. Watson Foundation, the National Endowment for the Arts, Ledig House, and the Ohio Arts Council. His writing has been translated into Polish, Russian, and Tamil. Currently, he is an associate professor of English at John Carroll University, where he teaches American Literature and Creative Writing.
On Wednesday, March 28 at 7:30 PM Metres will present his work at the annual prize reading, hosted this year by University Museum of Contemporary Art at the University of Massachusetts at Amherst. A broadside of the winning poem and copies of the issue in which his poem appears will be made available.
Posted by Geoffrey A. Landis at 6:13 PM 2 comments:

My daughter is an anthropologist doing research in western Kenya on AIDS transmission. In January, we went to visit her and our grandchildren. As a writer, I knew that I'd want to keep a journal. While we did some traditional "tourist" stuff, we also were in the homes of Kenyans, and drew curious stares from locals who were unused to seeing mzungu like us.

I have been in third world countries before, but I had forgotten the emotional impact. As a result, I put aside prose, and my "journal" became a collection of poetry. Is poetry the language of emotion? What do you think?


Here's a "safe" poem that grew out of a walk on Crescent Island:

What is so odd
that you look
at us
over the
acacia
where you lick
green leaves
off thorny branches?
Do you wonder
how we eat
with only
two legs
and
so short-necked?

*Kiswahili for giraffe
Posted by Rob at 3:42 PM No comments:

Green Panda Press is accepting submissions of art and poetry. send 1-7 poems or jpgs to greenpandapress@gmail.com with 'submit' in subject line. 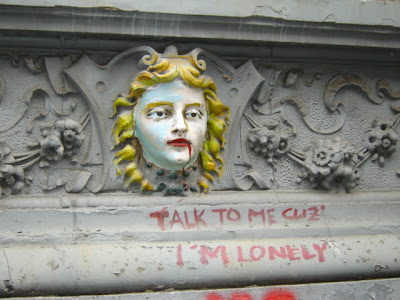 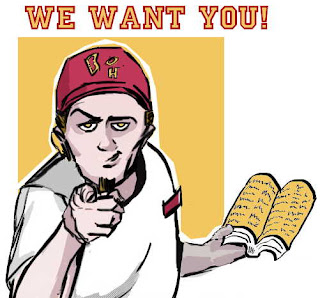 We need new blood! The clevelandpoetics blog-- yeah, this here blog, the one you're reading right now this very second-- is looking for some new contributors. It's been three years since we last added any fresh names to the blog team, and, well, ya know, so maybe we're getting a little stale. I've seeing a lot of new faces in the Cleveland poetry community, and it's time we opened up the blog to some new voices to see what you have to say.
You got opinions about the Cleveland poetry scene, about poetry, about writing, about our rust-enshrouded, poem-encrusted city? Or, maybe you hate what you see here, and tell all your friends "I could write better 'n that, why don't they let me in?" You think you might wanna join the quixotic collective of lovable misfits that we call "the clevelandpoetics staff infection"? Well, we want you! Yes, you! Now's your chance! Let's see what you got!
If you'd like to join the blogging team here at clevelandpoetics, we're open: leave a note in the comments, or drop me an email at clevelandpoetics@ironangels.net and say so!
No rules, no hours, no salesman will call, no pay. Join the team!
Posted by Geoffrey A. Landis at 10:34 PM 3 comments:

Reality, take it or leave it

"What is reality anyway! It's nothing but a collective hunch."
--Jane Wagner
"Reality is what you can get away with."
--Robert Anton Wilson
"L'imagination est la seule arme dans la guerre contre la réalité."
--Jules de Gaultier*
"Is all that we see or seem, but a dream within a dream?"
--Edgar Allen Poe
‎"Reality is that which, when you stop believing in it, doesn't go away."
--Philip K. Dick
*"Imagination is our only weapon in the war against reality." --Gaultier
Posted by Geoffrey A. Landis at 8:03 PM 2 comments: 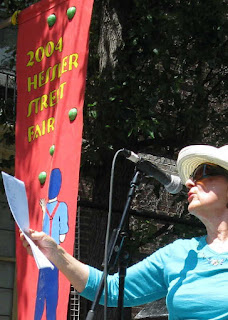 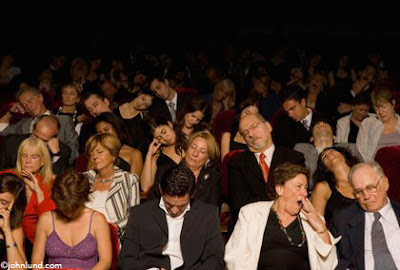 How much does the audience come into play while you are writing. Do you write with the idea of how your listener (readers) will respond to the work?

How important is it to you that your writing be entertaining?

What are some of your pet peeves from other poets offerings, written and or performance-wise?
Posted by michael salinger at 10:40 AM 6 comments:

The Atlantic Tells us "Why Poetry Should Be More Playful"

The Atlantic sez, Why Poetry Should Be More Playful
Is it really true that "As verse becomes increasingly dry, it's getting more and more irrelevant"?
Is verse becoming increasingly dry?
Well, maybe so. Says Noah Berlatsky in the Atlantic:
"...there doesn't have to be an absolute division between serious poetry and lighter verse. And yet, in practice, the two traditions have diverged radically, as the serious, high-art poetry tradition has retreated into the halls of academia, closed the doors, and then triple-locked them. Even New York school poets like Kenneth Koch and Frank O'Hara, who put a premium on wit and humor not that far divorced from someone like Ogden Nash, do so in a way designed to alienate as large a public as possible."

(... on the other hand, maybe Berlatsky should go to a Lix 'n kix reading some time, or maybe check out tonight's Deep Cleveland reading, to cure him of thinking that poetry is "increasingly dry.")
Posted by Geoffrey A. Landis at 8:32 AM 3 comments:

For those of you who are Facebookers, you might want to check out the Poets Promoting Poets group.
Good place to find out what's going on in local poetry, and for poets to promote poets.
Posted by Geoffrey A. Landis at 12:03 PM No comments:

Oprah.com has published a list of the best poetry books of 2011--all five of them, answering the question "Who are today's best and brightest new poets?"

Now, while I don't want to knock any of these poets, to claim that any of them are "new" poets is a little misleading. No bother...the purpose of this post is not to knock Oprah.com's misappellations, but to propose a discussion experiment. Would anyone be up for reading and reviewing, book group style, these five books publicly? Not only would this help churn up some discussion, but also might prove to be educational as well. I've ordered Space in Chains from the library; there are three in the Cuyahoga system, half a dozen in OhioLink and SearchOhio equally, so plenty for a group discussion. Who's up for reading a book of poetry a week and discussing it publicly?
Posted by pottygok at 6:26 PM 2 comments:

Poets of the Cosmos

"Some of the science poems in Exploring the Cosmos are scifaiku, some are not. Collectively they explore scientists, scientific discovery, the nature of humanity, and (of course) the future.”

I should mention that there are two local poets represented, me with one poem, and Mary Turzillo with two. (Some of the earlier SFPA trifolds, like The Universe in Three Lines, have featured other area poets, including J. E. Stanley, dan smith, and Joshua Gage.)

Print out a couple of copies (double sided, of course); give them to your friends; trade them with collectors; leave them in your local coffeehouse!

Collect the whole set!
Posted by Geoffrey A. Landis at 12:57 PM 2 comments: