Fresh off the publication of our first anthology, Mad As Hell: An Anthology of Angry Poetry, Simple Simons Press is launching its second call for submissions for a new anthology titled "Hope Springs Eternal." Poets interested in contributing, please submit using this link: https://forms.gle/qmCz4bbVr8jgSW8Y9. 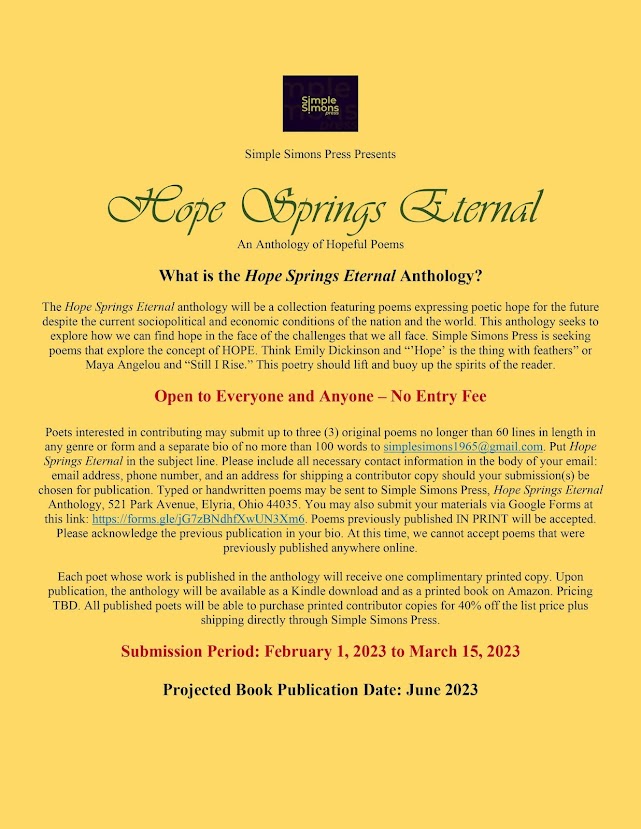 Posted by John B. Burroughs at 2:29 PM No comments:

Christine Howey Has a Poem About That 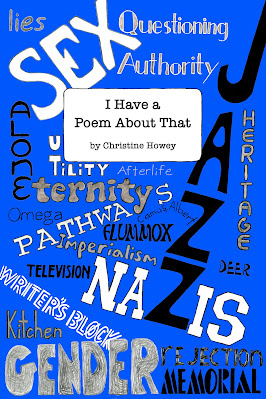 Crisis Chronicles Press is ecstatic to announce the publication of their first title of 2023, I Have a Poem About That by Cleveland's own Christine Howey.

This volume features 23 poems, including "When We Die We Become Birds," "My Skiff," "Camus at Camp," "A Meeting of Suburban Deer," "Eternity on Elm Street," "Inside Out," "Invert at the Gem Saloon, Deadwood, South Dakota, 1876," "My Name Is John Doe," "Mount Everest," "Paul Desmond's Slot Machine," "Ten Ill-Conceived Kitchen Gadgets," "Maybe I Should Have Told Different Lies," "After I'm Gone," "Blueberries, Summer, 1944," "The Last One," "The Road Oft Taken," "Sign of the Cross," "A Bubble-Off Romance," "The Birds and the Bees," "The History of Television," "The Universal Usage Guide," "An Ode to Richard Howie," and "My Words Are Too Big Today." 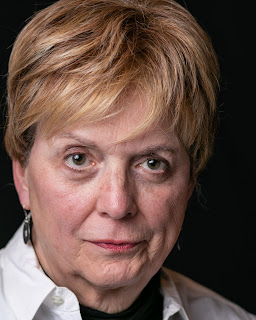 Christine Howey is a performance poet and former executive director of Literary Cleveland. Her one-person play of poetry about her transgender journey, Exact Change, premiered at Cleveland Public Theatre and was selected by the New York International Fringe Festival. A film version of the play was an official selection of the Chagrin Documentary Film Festival.

Christine has also been an award-winning theater critic in Cleveland for 25 years, currently with Cleveland Scene. She was named Transgender Leader of the Year in Northeast Ohio and received the Torch Award from the Human Rights Campaign for leadership on transgender issues. 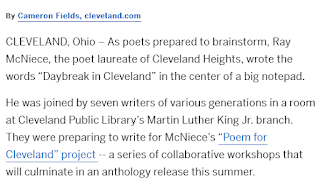 Read the rest at https://www.cleveland.com/news/2023/01/poem-for-cleveland-workshops-strive-to-inspire-clevelanders-with-anthology-release.html.

Posted by John B. Burroughs at 5:55 PM No comments: