Thinking about having sex? Call from Tolstoy On Line 5

Forget condoms, contraceptive pills and chlamydia, and turn instead to Chekhov, Tolstoy and Gogol. That is the message from Russia's children's ombudsman, Pavel Astakhov, who has opposed the introduction of sex education to schools and says young Russians can learn everything they need to know about love and sex from Russian literature.


Just in time, all of Tolstoy’s works are going online. “We wanted to come up with an official website that will contain academically justified information,” explains his great-great-granddaughter. The work on the site will have been triple-proofed by more than three thousand volunteers from some forty-nine countries.


Poetry is useless... Poetry Isn't as Useless as a Lot of Poets Say It Is

How Delmore Schwartz Saved My Life...Or at least kept Lou Reed from punching me at a dinner party


They are mad for metamorphosis.

Posted by JJ Stickney at 9:19 PM No comments:

What Good is Poetry?


Poet and professor Meena Alexander asks, "What use is poetry?"

Noah Berlatsky replies, "Poetry isn't as useless as a lot of poets say it is."

"Keats and Shelley, perhaps, were interested in exploring an inward-turning lyrical alternative to history. But Dr. Seuss was mostly trying to make folks laugh."

“Autumn” by R.S. Thomas
Happy the leaves
burnishing their own
downfall. Life dances
upon life’s grave.
It is we who inject
sadness into the migrant’s
cry. We are so long
in dying – time granted
to discover a purpose
in our decay? Could
we be cut open,
would there be more than
the saw’s wound, all
humanity’s rings widening
only toward ageing?
To creep in for shelter under the bone’s tree
is to be charred by time’s
lightning stroke. The leaves
fall variously as do thought
to reveal the bareness
of the mind’s landscape
through which we must press on
towards the openness of its horizons.

Mikhail Kalashnikov, the Russian soldier who invented one of history’s most fearsome killing machines — “the AK-47 assault rifle, beloved of guerrillas around the world” — announced at a Kremlin reception in honor of his 90th birthday that he really wanted to be a poet.

Posted by JJ Stickney at 8:59 AM No comments: 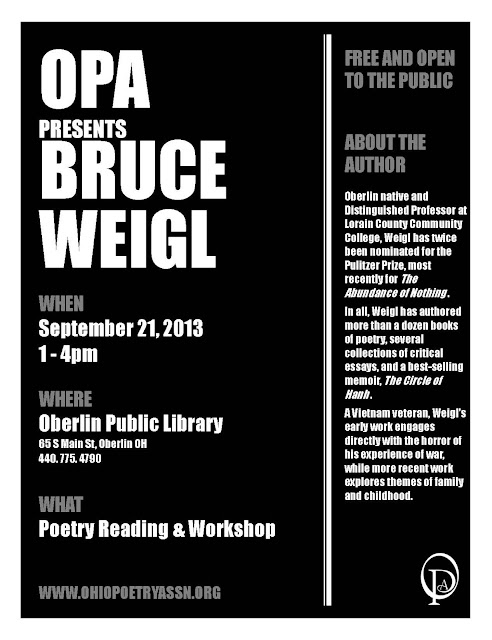 The Ohio Poetry Association's quarterly meeting comes north to be held this Saturday at the Oberlin Public Library.  Meeting at 10 a.m.  Reading and workshop at 1 p.m.  From the press release:

"For our fall quarterly program we are very excited and honored to welcome Lorain, Ohio native Bruce Weigl. Currently Distinguished Professor at Lorain County Community College, Bruce has twice been nominated for the Pulitzer Prize, most recently for The Abundance of Nothing (2012).

"In all, Weigl is the author of more than a dozen books of poetry, several collections of critical essays, and a best-selling prose memoir, The Circle of Hanh (2000). A veteran of the Vietnam War, Weigl’s early work engages directly with the horror of his experience of war, while more recent work explores themes of family and childhood. Weigl writes in his memoir: "The paradox of my life as a writer is that the war ruined my life and in return gave me my voice."

www.ohiopoetryassn.org
Posted by John B. Burroughs at 7:21 AM No comments: 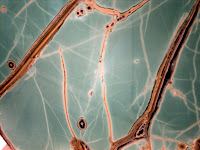 Well, it's no secret that I write a lot of science fiction poetry, and even straight-out science poetry.

The American Scholar says:
"Science versus Poetry: Worlds apart, and yet alike in many ways"


"They are old enemies, or else they are old lovers. The poet Albert Goldbarth writes, 'Perhaps the arts and the sciences have never slept together without one eye kept warily open.'   However warily, though, they have slept together. There are points of connection, even intimacy...."

And in the American Scientist, Anna Lena Phillips says something similar:


"Poetry and science go way back: Over the centuries, they have occasionally gotten together, like old friends who find themselves in the same city and meet up for tea, only to head home the next day and lose touch again."


On the other hand, poet Robert Kelly has this to say:


Science explains nothing
but holds all together as many things as it can count...
science is the same as poetry
only it uses the wrong words

Some years ago, I wrote an essay "Science, Fiction, Poetry," as an introduction to a poetry anthology called Mindsparks. It has some more of my thoughts, at the time, about how science is like and unlike poetry:

Poetry Superhighway Poet of the Week 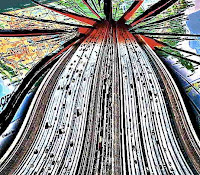 Along with Romanian poet Marius Surleac, I was selected as poet of the week on Poetry SuperHighway this week.

The mission of the Poetry Super Highway is "to expose as many people to as many other people's poetry as possible."

And for those poets who like entering into contests, I'll point out that Poetry SuperHighway has an upcoming poetry contest with deadline coming up on October 5.  It is a fee contest-- but the fee is pretty nominal (one dollar!), and all the money collected goes to the prizes, so they're not making a profit off the poets.
Posted by Geoffrey A. Landis at 4:50 PM No comments:

Poetry for the Age of American Decline

Poetry can provide solace. It can also remind people to quit freaking out. Poems selected for Congress, nervous shoppers, Maureen Dowd, and the President of the United States.
Poetry for the Age of American Decline

People read their favorite short poems into an answering machine for a project Verse By Voice.  Make sure to listen to novelist Zadie Smith reading Frank O'Hara's Animals and Laura Demanski reading Gerard Manley Hopkins' Spring and Fall. Note: we didn't include what is surely not Christopher Walken reading EE Cummings, but that's worth a listen too.
The Unseen Bestiary is an attempt by artist Lindsey Carr to produce a set of work which depicts Flora & Fauna the artist has never seen.

Posted by JJ Stickney at 5:32 PM No comments: