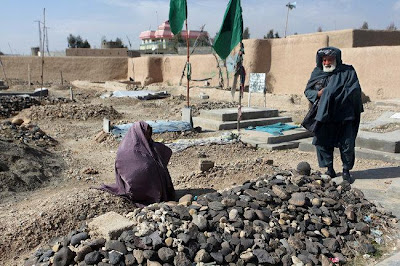 
Like many of the rural members of Mirman Baheer, a women’s literary society based in Kabul, the girl calls whenever she can, typically in secret. She reads her poems aloud to Amail, who transcribes them line by line. To conceal her poetry writing from her family, the girl relies on a pen name, Meena Muska. (Meena means “love” in the Pashto language; muska means “smile.”)

Meena lost her fiancé last year, when a land mine exploded. According to Pashtun tradition, she must marry one of his brothers, which she doesn’t want to do. She doesn’t dare protest directly, but reciting poetry to Amail allows her to speak out against her lot. When I asked how old she was, Meena responded in a proverb: “I am like a tulip in the desert. I die before I open, and the waves of desert breeze blow my petals away.” She wasn’t sure of her age but thought she was 17. “Because I am a girl, no one knows my birthday,” she said.

Lessons to a (Young?) Poet 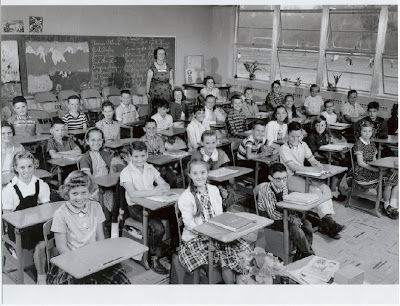 I was recently allowed to substitute for a creative writing class, and discovered that the teacher taught the class a series of forms as their entrance into poetry. I found this curious because the students faced the same struggles I faced as a young, undergrad writer--filling the form with the content. Now, there are those who can argue that, at eighteen, nineteen, twenty plus years of age, one has lived enough that their daily lives and history can provide fodder for poems. However, that leads burgeoning poets to the navel gazing that seems to populate so many literary magazines currently. It also leads me to question whether or not these young writers have the craft skills to take the content of their lives and hone it into these forms.
So, the questions I ask readers are as follows:
A lot of this assumes that the readers of this blog have an interest in helping each other, which I hope to be true, but that there's also a way or method to help each other beyond presence and support. I'd hope that this could develop into an informal project of blog entries that we could use to help teach each other our particular skills and strengths, but that might be jumping the gun a bit. Right now, I'm just curious to know what lessons we have to offer each other.
Posted by pottygok at 12:37 AM 25 comments:

Dianne L. K. Borsenik, poet, publisher, and impressario of (among other things) Lix 'n Kix, is interviewed as Writer of the Month in American Chronicle:


Writer of the Month: Dianne Borsenik

A.C.: Things I can do without:
DLKB: Negativity. Prejudice. Ignorance. Closed minds.

A.C.: Things I cannot do without:
DLKB: A piece of paper and a pen. Music. Dogs. Hugs. 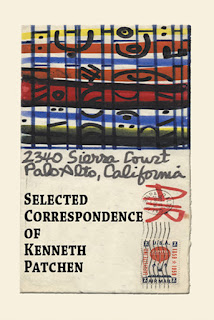 The program will include a video on Patchen's life and work, a powerpoint program on the many correspondents in this large collection, and a focus on Patchen's Cleveland connections with photographer, filmmaker, rights advocate Jasper Wood. Frost and Wood will share the letters between Wood and Patchen.

Books and DVD will be available.

Posted by Spirit Poems at 11:01 AM No comments:

Not sure whether each round begins with a new post, but here goes:

Those of you who follow the poetry feeds listed in the sidebar may have noticed that we had the "Saturday Night With The Poet's Haven" podcast series listed. Vertigo X, the impressario of the Poets Haven reading series, notes that while he does intend to resume that series at some point in the not too distant future, to include open-mic performances recorded through this year, he has "at long last" launched a new podcast series. It's structured a bit differently (there aren't "episodes;" instead each show has its own title, like music and comedy specials on cable tv, and it has its own separate RSS feed, "PoetsHaven Presents"
If you like live poetry podcast, check it out at PoetsHaven Presents.
Posted by Geoffrey A. Landis at 5:57 AM 1 comment:

Materials: pencils and paper for everyone; one dictionary.

Strategy: Ideally, one would oneself identify the genuine definition while having written a definition which gets everyone's vote but one's own.

Clearly, this game is not transferable to cyberspace, not because anyone would cheat but because everyone would -– except philosophers, of course, who are above such sordid behavior, but thin on the ground no matter where you look. If they'd eat more, they would be neither so thin, nor unable to stand up, nor so few.

The basis of the game online, then, is to entertain ourselves by creating interesting definitions and reading others' interesting definitions of words which we are all perfectly free to look up so that we can appreciate each others' ingenuity in creating plausible or witty or funny or offensive or any other kind of definitions -- so long as they are wrong -- or mostly wrong, or at least wrong enough that we know you didn't just crib it from the dictionary.

The word-picker is obliged to judge the entries in as entertaining (and therefore often as whimsical and even capricious) a way as possible, and report on the result to the group, in the process reviewing the other entries in as entertaining way as possible, and then naming the unlucky winner, along with the Coveted Second Place Award, and many others that the judge may invent on the spot. Or after reflection so that they'll be reasonably entertaining. Since I'll be picking the first word and the first unlucky winner, I'll have to do the first judging, which will, of course, be a model of wit and invention that you'd be wise to try to emulate -- though you will, naturally, fail.

Winning is a mixed blessing since the winner becomes the new word-picker, and is then obliged to keep track of the new entries, and to judge them, with commentary, for the entertainment of all.

When a round of play is over is entirely up to the word-picker of that round, but the judges are implored to get on with it, and threatened by the prospect, if they let their round drag on, of having to judge multiple entries as the natives, always restless, start to mutter and post definitions disparaging the judge and questioning whether his or her family life is entirely on the up-and-up. So if there is a rule it is to be entertaining and, if you have the brains god gave giraffes, to come in second -- or even last!

If you should have the misfortune to actually win, you are obliged to immediately choose another word and start keeping track of the entries, or beg off AT ONCE so the former judge can wipe the smug smile off the face of that giggling second-place person by assigning the top spot to him or her. Oh, be quiet -- when I split an infinitive, it STAYS split.

If, in the judgment of the Judicial Board (that is, me) too much time has gone by between words, or in closing off entries for a particular word, or for any other reason, the Board reserves the right to issue, capriciously and whimsically, an arbitrary and binding judgment and either issue a new word or choose a "winner" from the current entries, thus obligating someone else to do the work of judging.

So, to summarize The Non-Rules: Be entertaining and be quick or be quiet.

The Zatoichi Presumption: That if two entries are alike, the second one was invented just as honorably as the first.

The 12"Razormix Non-Rule: That if the winner of a round of play doesn't pick a new word pretty much right away, and can't be reached back-channel to prompt them to post a new word, the smug smile will be wiped off the face of the unlucky holder of the Coveted Second Place Award, and he or she will become the winner of the round.

For adjudications and arbitrations of disputes about Non-Rules and Shady Practices, it's just barely possible that I might be persuaded to scrape my fingers off the cocoa-encrusted table and, raising my bleary, chocolate-reddened eyes to the screen, navigate to whichever file it is in which I've stored THE NON-RULES in order to issue a judgment -- attached to a provocative note which will shock your significant other and astonish your neighbors.

And the first word is: AMPHIBOLY
Posted by Marcus at 7:44 AM 6 comments: