In Celebration of Banned Book Week

Posted by Unknown at 1:39 PM No comments:

Email ThisBlogThis!Share to TwitterShare to FacebookShare to Pinterest
Labels: censorship

Sara and I are curating an event that is sponsored by the Cleveland Leadership Center, this is a one day, interactive public art project that will happen in Slavic Village. Before I Die is a global art project that invites people to reflect on their lives and share their personal aspirations in public space. This project was started by Candy Chang on an abandoned house in New Orleans after she lost someone she loved.

Our site is at 8414 Broadway, Corner of Broadway and Harvard, Cleveland, OH and we'll be there from 7am til 7pm Thursday October 4.

Stop on by and share your dreams aspirations and hopes via a paint marker on plywood.


Posted by michael salinger at 10:50 AM No comments: 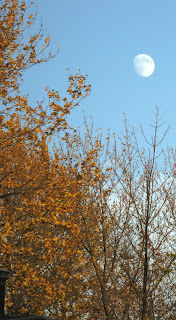 In "The Three Types of Poetry,"the Scarriet blog discusses the poem "Unwise Purchases," from Cleveland's wordplayer George Bilgere:
"This poem is wonderful in a way that would repel the likes of Ron Silliman, Rae Armantrout and the avant-garde, simply for its clarity.  Those who believe that poetry is verse and not prose would also dislike this poem.  But here it stands."

(For what it's worth, the three types are, first poetry as art: it paints a landscape and creates interest with sound; then, the poem which is the poem of rhetoric and idea; and he third type "occurs from a perverse desire to rebel against the other two." But the third type will always exist, human nature being what it is, always at odds with perfectionism.)
Posted by Geoffrey A. Landis at 12:10 AM 3 comments:

In a recent article, Main Street Rag Editor M. Scott Douglas defends a new policy of his press to put, in their book contracts, a stipulation that the author will not publish with another publisher for at least nine months after publishing with Main Street Rag. His reasons for this can be found here.

It's always interesting to get a publisher's point of view, especially if that publisher is a poet themselves, on the business end of poetry and poetry sales. Also, I think Douglas makes some good points--trying to get a manuscript or book published everywhere as quickly as possible, especially when it comes to independent presses, not only hurts the poet, but also hurts the presses themselves. Douglas explains this more thoroughly than I can, so check out his article.

However, I think there are some things that publishers can do on their end as well. I remember speaking with a former teacher of mine who had been offered a contract by Knopf, and was debating leaving Greywolf. His issue was that he would get lost in the shuffle at Knopf, and while the money was there, the investment in the poet wasn't. I think independent publishers have this same issue, and it's pretty clear that for many publishers, there's a "here's your book, no go read and sell it" mentality, with little concern for how to advance the poet, the book, the readership, etc. Even something as basic as sending out press releases to local newspapers or information to bookstores seems to be lost on a lot of publishers, much to the detriment of the poets and the press itself.

An alternative to this is limited runs, but this brings up a different set of issues. How does a limited run affect the poet on the long term? Once they churn through that initial batch of 25, 50, 100, etc.--an easily accomplished task with tools like Facebook and PayPal these days, what happens? Is there a second release? Do they call it quits on that book until a "New and Selected" comes out? Do they collect three or four chapbooks and try to cobble them into a manuscript? Do limited edition chapbooks encourage machine gunning more than long term investment in a poet and their work?

Over on her blog, poet and fabulist Theodora Goss writes a thoughtful post about telling lies.
Poets and fiction writers are all liars, of course. Lying is what we do.  Perhaps-- or so some say-- what we are really doing is telling the truths that nobody else sees.  Perhaps.
Dora, on the other hand, writes about the ordinary lies, the day-by-day lies that people tell to themselves and others, often without even saying a single word, in the way they hide their selves behind a facade.  Well, we all do, of course.  But a poet, or a fiction writer, above all has to be able to strip away those lies, to expose the truths, which is to say, to find the humanity (and humanity is not always pretty!) hidden behind the facade.
So maybe we're truth tellers after all.

The words "submit" and "submission" come to us from the Latin, "sub" (beneath) and "mittere" (to send or put). In other words, to submit something is to place it beneath the gaze or power of someone else, and their will be done. I have often compared poetry akin to a religious calling--one has an inner yearning, falls in and out of favor with said calling, attends weekly or monthly meetings of the faithful--etc. Submission is a part of this, and one need only witness various forms of prayer to understand that the soul and/or body are being delivered unto a higher power in offering, much in the same way that poets offer small chunks of themselves to editors every time they submit to a magazine.

So we come around to the beginning of September, with its plethora of academic magazines sprawling their jaws open, waiting to consume slush only to poop out steaming piles of rejection slips and, if we're lucky, and perfect bound 9x6 volume of inspiring genius. As we wish all these beasts successful bowel movements, I'm curious to know about the submissions of readers of this blog. Much has been said on this blog about submissions, and one's odds in submitting. I'm curious to know if folks are sending their poems out this year, and if so, where?

One issue that folks have with publishing is the cost. At around $1.00 a submission, as well as paper and envelopes, submissions can rack up ye olde budget quickly. That being said, many modern magazines are going to an electronic form of submission. Still, even when the only spent is time, many don't like the odds. Without the chance to simultaneously submit, poems sit in a stagnant pool of electrons, only to be reeled in and tossed back come December. It's not a pleasant fate, and many poets chose to avoid it all together.

WITH THAT IN MIND, below is a list of venues that accepts both simultaneous submissions AS WELL AS electronic submissions. And, while there's no guarantee that any one poem will get picked up, having twenty-seven magazines to which the same five poems can be scurried off reduces one's odds for publication tremendously.