In San Francisco, a high-school student named Courtni Webb was suspended from school for her poem saying that she understood about the Sandy Hook killings.
"I understand the killings in Connecticut. I know why he pulled the trigger..."

Have a happy New Year.

In celebration of the season of peace, Phil Metres's poem "Compline"

Christmas in the Trenches

One of the most amazing stories of the first World War was that in 1914, the first year of the Great War, the soldiers in the trenches made an unofficial truce on Christmas Eve.  With no diplomats and no orders, a hundred thousand soldiers stopped fighting, and instead met each other in the no-man's-land between barbed wire, sang carols, exchanged chocolate, and even played soccer.  In some places along the front, the unofficial truce lasted as long as New Year's day.

--By the second year of the war, 1915, it was clear that the Great War was not going to end soon, and the idealism and hope of the early years had corroded away.  The war was going badly for all the sides involved.  The commanders made a particular order that there was to be no truce with the enemy for Christmas (or any other time).  The Christmas truce of 1914 was not repeated, and the last known survivor of the Christmas Truce died in November 2005.

Still, for one single day during the Great War, there was what passed for peace on Earth.


Oh ye who read this truthful rhyme
From Flanders, kneel and say:
God speed the time when every day
Shall be as Christmas Day.


Merry Christmas to all.

It's the end of the world! Let's dance!

There Will Come Soft Rains

There will come soft rains and the smell of the ground,
And swallows circling with their shimmering sound;

And frogs in the pools singing at night,
And wild plum trees in tremulous white;

Robins will wear their feathery fire,
Whistling their whims on a low fence-wire;

And not one will know of the war, not one
Will care at last when it is done.

Not one would mind, neither bird nor tree,
If mankind perished utterly;

And Spring herself, when she woke at dawn
Would scarcely know that we were gone.
--Sara Teasdale

Some more poetry to dance to, on the last night of the world:

Got other suggestions?  List 'em in the comments!
Posted by Geoffrey A. Landis at 11:21 PM 3 comments:

The stars, on a desert night

“Poets say science takes away from the beauty of the stars - mere globs of gas atoms. I too can see the stars on a desert night, and feel them. But do I see less or more? The vastness of the heavens stretches my imagination - stuck on this carousel my little eye can catch one - million - year - old light. A vast pattern - of which I am a part... What is the pattern, or the meaning, or the why? It does not do harm to the mystery to know a little about it. For far more marvelous is the truth than any artists of the past imagined it. Why do the poets of the present not speak of it? What men are poets who can speak of Jupiter if he were a man, but if he is an immense spinning sphere of methane and ammonia must be silent?”

What to do when you've committed a book

The Line Break ("a poetry and wine blog") complies a long list of Presses with open readings for full-length poetry manuscripts.

If you're looking to make book-- here's a bunch of places to submit.
Posted by Geoffrey A. Landis at 12:30 AM 2 comments:

We suggest you avoid the following contests and organizations. Many appear to be disguised vanity publishers, whose goal is to sell you expensive personalized products and attract you to conferences. Others may charge you membership or service fees for which the benefits are questionable, or which can be obtained elsewhere for free. Winning prizes from these organizations will add little to your resume, and may even make you look amateurish to publishers and other poets

Posted by michael salinger at 11:51 AM 2 comments:

Brian Doyle of Portland Magazine (writing in The Kenyon Review) explains: Why editors say no.


"Sometimes I daydream of having rejection slips made up for all sorts of things in life... for oleaginous politicians and other mountebanks (IF YOU TELL ONE MORE LIE I WILL COME UP THERE AND PUMMEL YOU WITH A MAMMAL)..."

A new issue of Lady Smith's "the City" zine of poetry and art is out-- "Fall issue, Year Zero: Learning to Swim."
Contains some of your favorite poets from Cleveland (and elsewhere), along with stunning visuals: check it out!

Shimmer: a Love Song to Cleveland 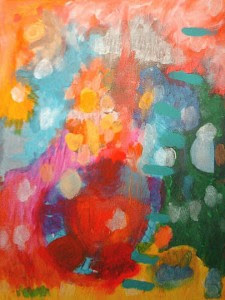 "Shine," by Mary Platz Hughes
Stars that in California glitter hard and crystal
shimmer over our lake.
We eat pierogis and walleye
we read of killers who lure women with promise of love.
We drive by crumbling mansions:
millionaire’s row.
Our emerald necklace is long as God’s arm.
Our children don’t ask why is the sky blue.
We scorn jibes: our river burned first;
we founder in floods on Deadman’s Curve.
We tell dour tales of declining empire.
We read Derf and take pride in our funk.
NASA Glenn lures us to starflight.
Our politicians star in the tabloids.
We make loud music and breed bitter genius.
We drink Nosferatu and Elliot Ness
Drunk on honeysuckle, day-lily, moonflower scent,
we make love on front porches in the blackout night.
We wear pants with elastic waistbands
and thumb noses at New Yorker black dresses.
Our names are unspellable, five consonants in a row:
ski is not a sport to our city, but a family suffix.
We consider moving, but where would we go?
What church in LA serves cabbage roll suppers?
We tell legends of freighters broken in two:
our lake is eerie, our tower is terminal.
We watch cats slink, old sly cats with rumpled fur.
We prevail and grow old. Our stars shimmer.
~ Mary A. Turzillo
Posted by Geoffrey A. Landis at 11:09 AM 3 comments:

Julie Bloss Kelsey is giving away a FREE subscription to Poets and Writers to the winners of a scifaiku contest on her blog here. Right now, there are three entries, so I hope lots of folks contribute their scifaiku, and make this a really exciting contest!

NightBallet Press is pleased once again to participate in the nominations process for the 38th Annual Pushcart Prize:  Best of the Small Presses XXXVIII, which will be published both in hardcover and paperback in late fall 2013.


As editor of a small press, I was invited to make up to six nominations from work published by my press since December of last year (2011), or from a manuscript about to be published in the coming month.  If selected, both the press and the author will receive a copy of the Pushcart Prize book.  The deadline to nominate was December 1st.  Notification of selection for Pushcart Prize inclusion will be in April of 2013.

It was extremely difficult for me to choose among the numerous excellent, unique, exciting and delectable poems, short stories, and plays that NBP has had the pleasure and honor of publishing this past year.  I truly struggled with the final decisions.  After all, I'm the one who accepted the works to publish in the first place because I loved them.  But to waffle and decline to nominate because I don't want to make hard and fast choices would be unfair to all those whom I've published.  I feel I have an editor's responsibility to participate.  After all, I've promised you respect, readings, reviews, and recognition wherever and whenever possible.

Please know that if your work was not nominated, it had nothing to do with merit.  Your work deserved nomination, no doubt.  Your work is truly excellent, or it would never have appeared as a NBP publication.  As far as I'm concerned, you're all winners!

But there were certain pieces that glistened, reverberated, ensnared, transcended, or just plain persisted in the editor's mind/heart/soul/body.  These are the six pieces that are this year's nominees:


Terry Provost's poem "Consolations for a Cleveland Winter" from Lipsmack! A Sampler Platter of Poets from NightBallet Press Year One 2012

Elise Geither's short play/prose poem "The Stone" from Lipsmack! A Sampler Platter of Poets from NightBallet Press Year One 2012
and

John Burroughs's poem/performance piece "Lens " from the very-soon-to-be-forthcoming The Eater of the Absurd.


I hope you will join with me in heartily and joyfully congratulating these six who are nominated by NBP this year!

For more information on the Pushcart Prize, please visit www.pushcartprize.com; for more information on Pushcart Press visit www.pushcartpress.org.   For this year's Pushcart Prize collection, or for past years' collections, go to www.Amazon.com.   And keep in mind that there will be numerous opportunities to participate in NBP publications next year, including in at least two anthologies (the theme for the 2013 NBP anthology will be announced around the New Year’s holiday, so stay tuned).
Posted by Dianne Borsenik at 3:18 PM No comments: