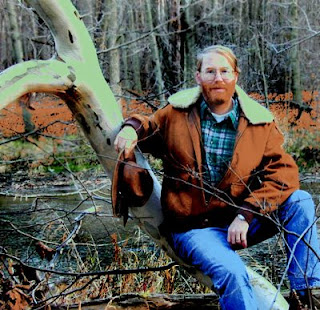 Age: half a century. Call it about 1.6 billion heartbeats. So far.

Habitat:
Migratory, known to fly as far west as Chengdu, and as far east as Fiuggi, but nesting primarily in Berea, Ohio.

Range:
Often found at the watering hole of the Deep Cleveland Poetry Hour in Strongsville, or at Mac's Backs, or at science-fiction poetry venues everywhere. Or on Mars.

Diet:
Omnivorous. Devours poetical fare as varied as Tom Disch ("A New Religion Starts Tonight") to Wendy Cope ("Some Rules") to Joe Haldeman (Vietnam, and other Alien Worlds) to Warren Zevon ("Roland the Headless Thompson Gunner"-- gotta love it!). And outside of poetry, everything from Michael Swanwick through Dave Barry and even Michael Chabon.

Distiguishing Markings:
Spotted. Most recently spotted in the pages of Isaac Asimov's Science Fiction magazine (December, 2008) and Analog, as well as places as widely scattered as The City Poetry Zine and Bottom Dog's Imagining Peace. Soon to appear: the collection Iron Angels, from VanZeno.

Predators:
Wandering black holes. Invaders from other dimensions, other
timelines, from places and times that never were, never could be.
Attacked by memetic viruses, and relentlessly stalked by the unstoppable force of geological time itself.
A steadfast foe to all the enemies of truth, justice, and the American way. Or at least the enemies of truth; sometimes justice and the American way seem rather more elusive.

Prey:
Lives on sunlight. Devours words, and also sashimi (preferably
maguro or hamachi). Wouldn't turn down a good micro-brew, either,
thanks for offering.

Other characteristics:
Often seen in a herd with the Cleveland "Speculators" poetry gang.

Call:
flashing in a summer field against twilight sky-dark.
Drifting shifting sparkle flashes, ever-changing patterns of
writing in some unknowable language of streaks and flashes,
constellations blinking on and off.
Fireflies dance below us,
fireflies behind us
fireflies above us;
their silent mating calls a symphony of light.
A million flashes a minute, we are immersed
in a sea of flickering light.

Just so, the immortals look out across the universe, as stars and
galaxies
flick into life
fade into dark.

Posted by michael salinger at 7:25 AM