Some of the Cleveland-area speculative poets have been experimenting with the cinquain, a short poetic form similar in some ways to the haiku.
Prominent among these cinquainistas have been Joshua Gage and J. E. Stanley, and now they've collaborated on a book of cinquains, Intrinsic Night, just out from Sam's Dot (available here, or look for it at Mac's Backs).
The cinquain (sometimes called the "American cinquain," to distinguish it as a definite form, distinct from other five-line forms) is a verse form invented by Imagist poet Adelaide Crapsey (1878-1914). She was one of the very early admirers of Japanese poetry forms, and came up with the cinquain partly as an American analogue of these haiku and tanka forms. Like Japanese forms, it's distinguished by a pattern of syllables: the five lines consisting of a line of two syllables, four, six, eight, and then back to two. 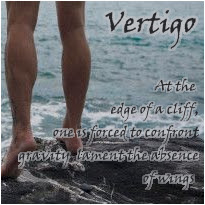 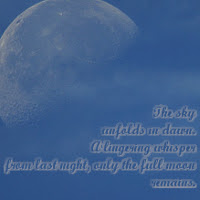 More complicated cinquain forms, like the mirror cinquain, butterfly cinquain, and so on (which Jim and Josh also use), build on the basic 2-4-6-8-2 structure.
As the poems in Intrinsic Night demonstrate, the cinquian builds up momentum and complexity of imagery as the length of the lines build up, and then detonates in a short final line. There's a lot that can be said, stories told and whole worlds built, in just 22 syllables! 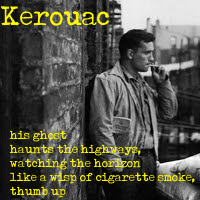 Of the poems in Intrinsic Night, in the Simmons' Voice reviewer Stefanie Maclin wrote:
"Part science, part science-fiction, heavy on the folklore, the unexpected, and the odd shapes, findings, and beauty of everyday life, Intrinsic Night fits into no clear genre. But it also doesn't need to. Its unexpectedness defines the collection's true character."
Check it out.
Some links:
--
The poems from Intrinsic Night, with image layout by Joshua Gage, are used here with permission of the authors
Posted by Geoffrey A. Landis at 12:05 AM

I'd originally written that the intrinsic Night book would be "out this month"-- well, it's available now. Look for it at Mac's, or online from genremall

I'm in the middle of it now... a great collection.