Cleveland, it's time to celebrate the return of Tongue-in-Groove! Hosted by Heights Poet Laureate Ray McNiece (Cleveland Arts Prize Lifetime Achievement Award Winner) with Al Moses on guitar, Nick Marino on bass, Michelle Clark on percussion and Tim Lachina on harmonica at the Millard Fillmore Presidential Library at 15617 Waterloo Road in the North Collinwood neighborhood of Cleveland. The Poetry Jam happens at 6 p.m. starting on Sunday, September 19th. This month's featured poet is Renay Sanders. An open mic with the band will follow. 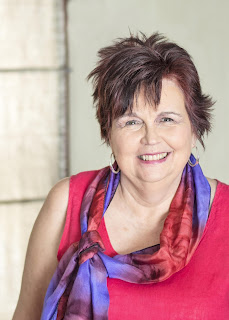 S. Renay Sanders learned to love the spoken word amidst a family of Appalachian storytellers and musicians. She secretly wrote poems for years, but came out of the poetry closet with a piece in the Hessler Street Poetry Anthology in 2010. Her poems have been included in anthologies published by the Writing Knights and Poet's Haven. Her work can also be found in ETERNAL SNOW (Nirala Publications, 2017), a worldwide anthology. Renay received a third place award for her poem, "Awakened to Bear Witness of Sweet Atrocities" in the 2012 Hessler Street Poetry Anthology. "Noteworthy Travelin" was the title poem of a broadside published by NightBallet. Her work was selected to be included in the 2016-2017 Women of Appalachia project "Women Speak." Most recently, Sanders is the author of DANCING IN PLACE: POEMS (Nirala Publications, 2020). A native Clevelander, her poems are inspired by the characters she encounters in life, her male-dominated family, husband, sons, grandsons and the beauty of the Cuyahoga Valley, where she now resides.
Posted by John B. Burroughs at 12:18 PM

The next Tongue-in-Groove Poetry Jam is on Sunday October 24th! It's always fun to see Ray McNiece and the band perform (both by themselves and with other writers). And this month I get the honor of being their featured poet. Hope to see you there! Please bring something (maybe spooky) to share during the open mic.