Tim grew up along the Ohio River and worked at Weirton Steel as a millwright until lupus forced him to retire. He and wife Jodi lived on in Toronto, Ohio with four children, always close to nature. Tim won awards for his poetry and was praised by Gary Snyder, “There is discipline, spirit, clarity, no easy optimism, sensibility, heart in these poems.” His chapbook “In Medias Res” was published in A Red Shadow of Steel Mills: Photos & Poems (Bottom Dog Press 1991). He was a fine poet and had a wonderful ability to combine people with nature and industry. Here are a few lines.

If what I have written
in my own hand
had been origami
it would have been considered
lovely and miraculous:
the blue/orange flames
roosting at night
instead of the moon
above the blast furnaces,
like birds with litmus plumage,
miraculous and lovely. 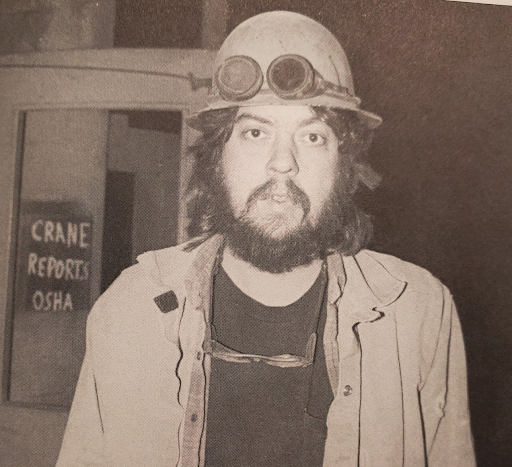 Email ThisBlogThis!Share to TwitterShare to FacebookShare to Pinterest
Labels: Poet

I'm so sorry to hear this. Thank you for posting, Larry.