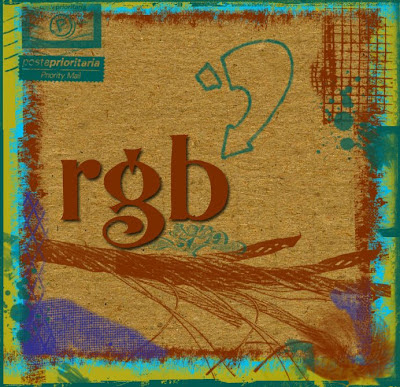 My daughter Katie is a sixth grade teacher and she keeps a cardboard box in her room labeled: Really Good Books in hasty hand letters. If a student reads a book from the classroom library and feels the title deserves the designation, into the box it goes. It's a simple, populist review system that inspires reading and discussion.

So, I made us a box on the assumption that folks don't just sit around reading poetry ALL the time and might in fact be in the market for a really good book recommended by a friend. People suggest books to me all the time. I write the titles down on old grocery receipts and checkbook deposit slips and jam them into whatever bag I'm carrying never to be seen again. And then the next time I'm at the library or bookstore, I spend way too much time wandering the aisles looking for a really good book, my mind a blank whirl. I then start to cruise the shelves with a hunt and peek process, listing toward authors with whom I already have a passing acquaintance.

What I'm hoping is that folks will respond to this posting with really good books that they read during their summer vacation. (In Cleveland, just having the sun out 3 days in a row is a vacation, so if it's just something you read on the bus and it was really good, put it in the box.)

Here's the first one I want to toss in. The Septembers of Shiraz a debut novel by Iranian American Dalia Sofer, who emigrated to the US at the age of 10 bringing with her vivid images of life, revolution, and her own father's imprisonment and release in Tehran after the fall of the Shah's regime. The reluctant protagonist, Issac, is a Jewish gem dealer in Tehran who chooses to quietly stay in his homeland when many of his friends flee. When the revolutionary guards come for him, the reader follows his harrowing journey into a torturous prison and the subsequent staggerings of his wife, daughter, and son (who is studying abroad in NYC) in alternating chapters. The writing is vivid and sparse, drenched in eyewitness detail that focuses less on the political disputes than on the day to day realities of a family hobbled by change as the revolutionaries quickly overtake the violent, intolerant reputations of their former oppressors. Against this historical backdrop the author shows the reader that whether the topic is families or revolution, there is no such thing as a flawless stone.

Personal note: I get a lot of my information about the world through fiction (that is the fiction written to be fiction, not the distortions brought to us by the MSM). Other books about the Middle East that I would toss in the RGB box are: The Bookseller of Kabul, Kite Runner, A Thousand Splendid Suns, Kabul, The Bastard of Istanbul, Three Cups of Tea (memoir), Under the Persimmon Tree, Shabanu: Daughter of the Wind, and Haveli. Those last four are teen novels, but don't let that hold you back, it just means the protagonist is a teenager. Catcher in the Rye would be a teen book if it were released today.

So, what else is new? What else goes in the RGB box?
Posted by sara holbrook at 11:00 PM

The Death of Vishnu


In keeping with the world lit slant

I've always wanted to write a post apocalyptic novel set in the near future, and I especially wanted to include cannibalism. But having recently read _The Road_ by Cormac McCarthy, were I to write what I wanted to write, it'd come off as a copycatism.

The Road is a page turner. It reminded me in a sick nostalgic way of post nuke novels (such as _Alas Babylon_) or true accounts of concentration camp survivors (like _One Day in the Life of Ivan Denisovich_). I used to read these to amp up my angst as a teen.

This summer I've been reading pretty much nothing but poetry, catching up on all the Cleveland poets I was turned onto by reading Cleveland Poetry Scenes and then attending a shelf-ful of live readings. I could make a lot of recommendations - but I suspect the readers of this blog have largely "been there, done that." ;) Just one example: I'd put Salinger's Stingray in the RGB box - but I doubt it would be new to most folks reading this. I'd also place Smith and Lady's Criminal in the box - but it's not yet available for public consumption.

So lest I "preach to the choir," I will reach into my 2007 summer reading list to make a recommendation: The Universe in a Single Atom by the Dalai Lama. In it, he talks about what he sees as a "convergence of science and spirituality," and he grabbed my attention in the prologue when he painted Buddhism as a discipline wherein "understanding the nature of reality is pursued by means of critical investigation," and then followed this with an assertion that "if scientific analysis were conclusively to demonstrate certain claims in Buddhism to be false, then we must accept the findings of science and abandon those claims." And he promotes the practice of compassion as making not only "spiritual" sense but rational sense.

And if you haven't yet read Richard Dawkins' The God Delusion (also from last summer), I heartily recommend that you do so.

For dystopian reading - Atwood's Oryx and Crake will take you for a good ride.

Three books from the fantasy field that I think are absolute necessities for any reader are Small Gods, Jingo and Thud by Terry Pratchett.

Small Gods is a book about Brutha, a religious disciple who is the only true believer of his god, despite the fact that the church population is in the thousands, if not millions. Brutha and his god, incarnated into a one-eyed tortoise, travel to a polytheistic land as part of a diplomatic mission, opening Brutha's eyes (and the reader's) to certain ideas about God, Disciplship and Truth.

Jingo is a book about two countries fighting over an island. It's a clear satire on Western vs. Middle Eastern politics, with specific ideas about colonization and diplomacy.

Thud is a novel about a game similar to chess, only the pieces are dwarves and trolls, based around a classic battle between the two parties. The protagonist, Samuel Vimes, is head of "the watch," with both trolls and dwarves under his command. The book examines ideas such as history, racial hatred and socio-economics.

All three of these are great reads, quick and painless, and all of them fall under the heading of "comic fantasy," so they're funny as all get out.

The soul of Cleveland defined as only Mark Kuhar could do it. Poetry brimming with stunning images, unique characters and unforgettable stories. "I love this town, brotherman."
http://www.deepcleveland.com/markk/mainbooks.htm

A Guide to Folktales in Fragile Dialects
by Catherynne M. Valente

From the haunting "Child Bride of the Lost City of Ubar" to the heartbreaking "Notes Left by a Previous Tenant," Valente re-interprets legends, myths and tales and weaves them into a moving collection filled with original imagery. Theodora Goss writes "I could read the poems in this book a hundred times and find new meanings, new pleasures in them." And don't let the "fragile" in the book's title mislead you. Borrowing the title of one of the poems, this book is truly a "Lesson in Thermodynamics."
http://www.catherynnemvalente.com/poetry/fragile_dialects/

Stretching the Window
by T.M. Gottl.

A book of depth and beauty to be read and reread. Mark S. Kuhar writes "T.M. Göttl's poems arrive in vivid clusters, filled with wild energy and unexpected twists. These are poems from the human volcano, erupting with emotion, and balanced by stark realizations and personal truths."
http://www.buffalozef.net/artists/tmgottl/writings.html

I second Stretching the Window. I'm on my way through it for the second time.

I don't know if anyone is familiar with this website:

but its selection of "near perfect books" somewhat parallels the conversation we're having. I submitted some of my "near perfect" selections (brownie points if you can guess which ones are mine) and received some nice goodies from the publisher. I highly recommend you check out the books on this list as well.

Throwing in my two cents...

I just finished reading _The Lakota Way_ by Joseph M. Marshall III. Maybe it's just the frame of mind I've been in lately, but I think it's definitely one of the best books I've read this summer. It's a beautiful collection of Native American folk tales that illustrate the different virtues held in importance by the Lakota people.