Another take on the MFA debate…

has an interesting article pitting what it describes as America’s two writing cultures NYC and the MFA. 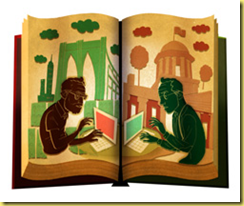 MFA programs themselves are so lax and laissez-faire as to have a shockingly small impact on students' work—especially shocking if you're the student and paying $80,000 for the privilege. Staffed by writer-professors preoccupied with their own work or their failure to produce any; freed from pedagogical urgency by the tenuousness of the link between fiction writing and employment; and populated by ever younger, often immediately postcollegiate students, MFA programs today serve less as hotbeds of fierce stylistic inculcation, or finishing schools for almost-ready writers (in the way of, say, Iowa in the '70s), and more as an ingenious partial solution to an eminent American problem: how to extend our already protracted adolescence past 22 and toward 30, in order to cope with an oversupplied labor market.

Poets have long been professionally bound to academia; decades before the blanketing of the country with MFA programs requiring professors, the poets took to the grad schools, earning Ph.D.s in English and other literary disciplines to finance their real vocation. Thus came of age the concept of the poet-teacher. The poet earns money as a teacher; and, at a higher level of professional accomplishment, from grants and prizes; and, at an even higher level, from appearance fees at other colleges. She does not, as a rule, earn money by publishing books of poems—it has become almost inconceivable that anyone outside a university library will read them. The consequences of this economic arrangement for the quality of American poetry have been often bemoaned (poems are insular, arcane, gratuitously allusive, etc.), if poorly understood.

Posted by michael salinger at 10:35 AM

Very interesting... and these excerpts seem to make valid points, though I cringe at a simplistic "two-school" separation. I may be back to comment further after I've had a chance to read/digest the whole article.

Interesting article!
So, it's MFA vs NYC... wait, what about Cleveland, O?

Exactly. And what about several others? He turned me off with the title. Maybe if he'd said "two predominant literary cultures"... though even that is debatable.

This is an imperfect analogy, but he reminds me of a narrow Cold War mentality: "USA vs USSR: the world now has two distinct political cultures. Which one will last?" Immediately, you'd know the author likely came from one or the other and not, for example, from Italy, Saudi Arabia or Afghanistan. There's a lot of publishing going on outside the universities and major houses - and its arguably more vital. I think the third, "Other," category Mr. Harbach ignores - I'm reluctant to call it underground or small press because it's both and more - may be prove to be the hardiest and endure the longest.

I think he sets up the dichotomy pretty well in the article.

You have the NYC publishers putting out blockbusters that are turned into movies etc and then you have the MFA crew who are not writing to be read per se (at least not outside their AWP clique) - but rather as a means to a paying teaching gig.

I think one of the most telling facts from the article is:There were 79 degree-granting programs in creative writing in 1975; today, there are 854!

Ask any baseball aficionado what adding a new team to the league does to the quality of pitching and I think you catch the drift.

Now this article is slanted more toward fiction as the author has already written poetry off as ruined by the MFA machine. The degrees are called terminal - aren't they?

I'd love to hear comments from instructors to or participants - grads from the NEOMFA.

"The degrees are called terminal - aren't they?"

Not any more--now you can get a PhD in poetry with an emphasis in teaching, which only furthers the argument made by the article.