shame on u Elizabeth Alexander i want the briefcase 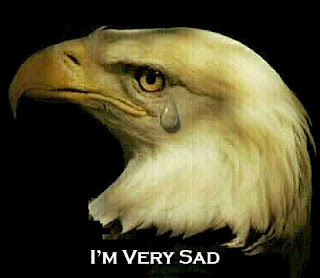 Elizabeth, you spoke in a godawful drone,
a quite patronizing, over-enunciated tone. you bored! you disappointed how many million people? and this, perhaps the coolest opportunity for performing poetry live that anyone in the history of this country has ever had. (ever!)

saying nothing, Elizabeth. you said nothing, as if to no one special. perhaps you can write good poetry. perhaps Ted Turner wrote this poem for you, and you, against your best ethics chose to read it, since he is such a powerful man, and you hesitate to make waves.

maybe Rupert Murdoch wrote this poem for you, and threatened to take away your tenure if you chose to read a good poem, one that you wrote with the whole country in mind. i bet you would have preferred to read one of your best poems, a poem which would have spoken to people, to cause them to pause, to breathe deep. to smile or sigh and shake their heads saying yes! yes! aloud, to one another.

maybe you grew nervous about how you would come off. or maybe, and i truly hope this is the case, maybe you left the great poem you wrote for the great occasion at home, in your briefcase. and of course, we would all understand. i mean, in the traffic like that it would have been impossible to go and retrieve that good poem you wrote to wow the people.

or perhaps you are a whitebread plain jane simpleminded fearful person, who does not feel what a poet feels, and this is why, on this greatest occasion you did not deliver a poem with feeling, containing even the most basic elements of what people in their basic receipt feel inside to be a good poem. i hope Elizabeth, that poem waiting in the briefcase will be heard and repeated ten thousand times by true admirers.

in fact, i will buy that whole briefcase from you. i will pay whatever you ask, up to 1000 dollars, since i do have 1000 dollars to trifle with, if it does mean being blown down after Obama's grand lifting,,, we poets in America, Elizabeth want to be blown down! immediately!

((also, if you are not Elizabeth and want to Blow America, you can send yr own poems to the same address. i am interested to print poems by poets who know how to say great things regarding this great occasion))