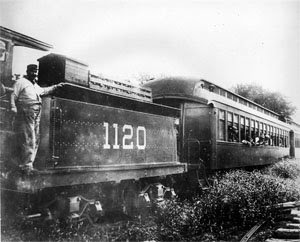 Conjunctionalism:
After the unfortunate subjugation of her form’s name by the villain, Seurat, and the wildly unsuccessful series of lawsuits brought forth by Gettouda Prederick’s equally unsuccessful heirs, Gettouda’s nevertheless brilliant poetry fell into obscurity before eventually being rediscovered by feminist writers in the 1960’s.

While there is much to be said about the politics of this form and the odd series of events which led these ambitious young writers to leap from a poetry devoid of prepositions to one relying so heavily on the ability to join together words and phrases and clauses, I prefer to move the discussion into the startling dynamics of the form, which requires that each line include at least one functioning conjunction, as evidenced by this epic stanza:

In the mornings, when I’m usually wide awake,
I love to take a walk through the gardens and down by the lake,
Where I often see a duck and a drake,
And I wonder as I walk by just what they’d say
If they could speak,
Although I know that’s an absurd thought.

The irony here, of course, is that later in Dorough’s famous poem the reader discovers that the duck and drake are pondering the very nature of conjunctions. 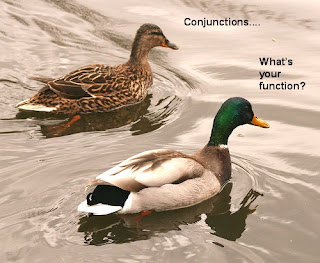 Keep these articles coming, Henry! They are funny and refreshing!

Thanks, Anon. I've always been a huge fan of your work, too!

Elizabeth Alexander, eat your heart out.