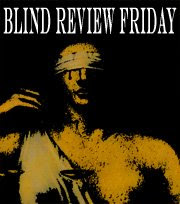 The author shall remain anonymous (unless they chose to divulge themselves in the comments.)

Those commenting are also welcome to remain anonymous if they wish.

Incendiary comments will be removed.

If you would like your piece thrown to the wolves send it to salinger@ameritech.net with "Workshop the hell out of this poem" as the subject line.

This week's offering is from an established poet whose identity will be revealed next week:

The heavy bodies lunge, the broken language
of fake and drive, glamorous jump shot
slowed to a stutter. Their gestures, in love
again with the pure geometry of curves,


rise toward the ball, falter, and fall away.
On the boards their hands and fingertips
tremble in tense little prayers of reach
and balance. Then, the grind of bone


and socket, the caught breath, the sigh,
the grunt of the body laboring to give
birth to itself. In their toiling and grand
sweeps, I wonder, do they still make love


to their wives, kissing the undersides
of their wrists, dancing the old soft-shoe
of desire? And on the long walk home
from the VFW, do they still sing


to the drunken moon? Stands full, clock
moving, the one in army fatigues
and houseshoes says to himself, pick and roll,
and the phrase sounds musical as ever,


radio crooning songs of love after the game,
the girl leaning back in the Chevy’s front seat
as her raven hair flames in the shuddering
light of the outdoor movie, and now he drives,


gliding toward the net. A glass wand
of autumn light breaks over the backboard.
Boys rise up in old men, wings begin to sprout
at their backs. The ball turns in the darkening air.

Posted by michael salinger at 11:24 AM

I like this poem. It reminds me a bit of the Komunyakaa poem about basketball.

A very beautiful poem, but also a poem by somebody unencumbered by the knowledge that age is not itself an infirmity.

Of course they still make love, kiss the inner wrist. Football is for boys; love is for men. Old men, young men, all men. The wings are there.