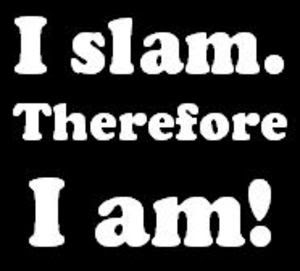 The assistant Arizona House Democratic leader is among 100 people nationwide invited to attend a night honoring America’s writers and poets.

The president will speak at the event, which also will be attended by First Lady Michelle Obama.

“It’s an incredible honor any time to receive an invitation from the White House and President Obama,” Sinema said. “But to see our nation’s talent and be a part of history at the first-ever White House Poetry Slam is amazing. I’m very excited to be a part of this moment.”

She added, “This event just displays President Obama’s commitment to the arts and his support for emerging and non-traditional forms of art. He is an amazing president, and I hope to continue to work with him in the future.”

The White House Poetry Slam will feature: James Earl Jones, Michael Chabon, Ayelet Waldeman, Jazz pianist ELEW, poet Mayda Del Valle and playwright Lin-Manuel Miranda.
Who do you think will be more insulted - the nose in the air poets who consider Slams to be nothing if not low brow - or the self important practitioners of the competition who were not invited to perform?

Posted by michael salinger at 11:41 AM

Looks like a cast of celebrities designed to attract attention rather than actually promote the art form.

(Hard to tell which side will be more offended--haha!)